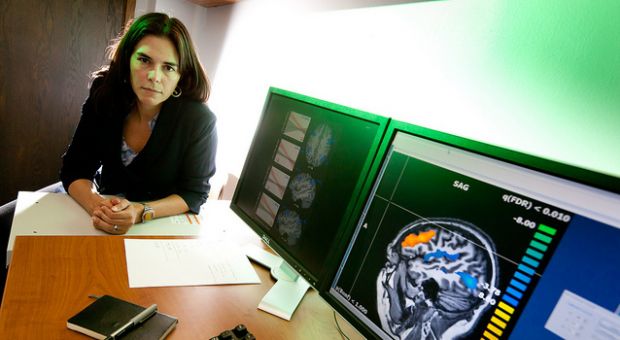 Sian Beilock in her lab August 25, 2010 Jason Smith via nsitwebservices (The University of Chicago News Office) on Flickr

A psychologist and expert on brain science talks about why we “choke” when stressed. She paints a portrait of how people handle — successfully or unsuccessfully — life’s daily pressures.