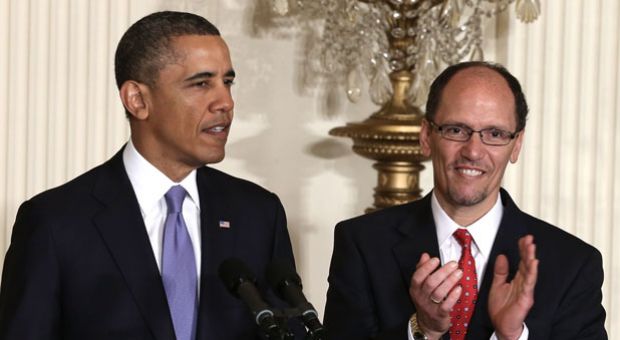 President Barack Obama said when nominating Thomas Perez as U.S. Labor Secretary that his career exemplified the American success story. The son of Dominican immigrants, Perez worked his way through Brown and Harvard Universities as a garbage collector and warehouse worker. He’s served as a federal prosecutor, Maryland labor secretary and an assistant attorney general at the U.S. Justice Department. Because of his record at the Justice Department, Perez is considered one of the most aggressive civil rights advocates to head the Labor Department -– one whose confirmation vote was the closest of any of Obama’s second-term cabinet nominees. Join Diane for her conversation with Labor Secretary Thomas Perez.