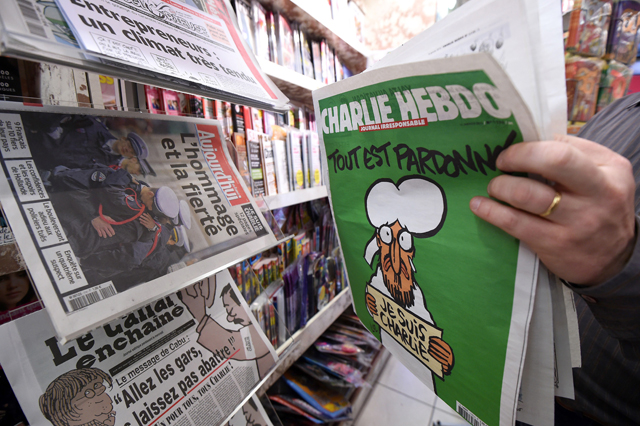 A man displays the latest edition of French satirical magazine Charlie Hebdo shortly after it went on sale on January 14, 2015 in Montpellier, France. PASCAL GUYOT/AFP/Getty Images

Yesterday the French satirical magazine Charlie Hebdo published a new issue with another caricature of the Prophet Muhammad on its cover. More than a million copies were sold in Paris and additional printings have been promised as demand surges. While Muslims worldwide have condemned the terror attacks last week that killed twelve people, many have called the depictions of Muhammad offensive, and object to news organizations reprinting them. Guest host Frank Sesno and our panelists discuss the latest on the investigation into the attacks and the ongoing debate over balancing free speech with religious sensitivity.