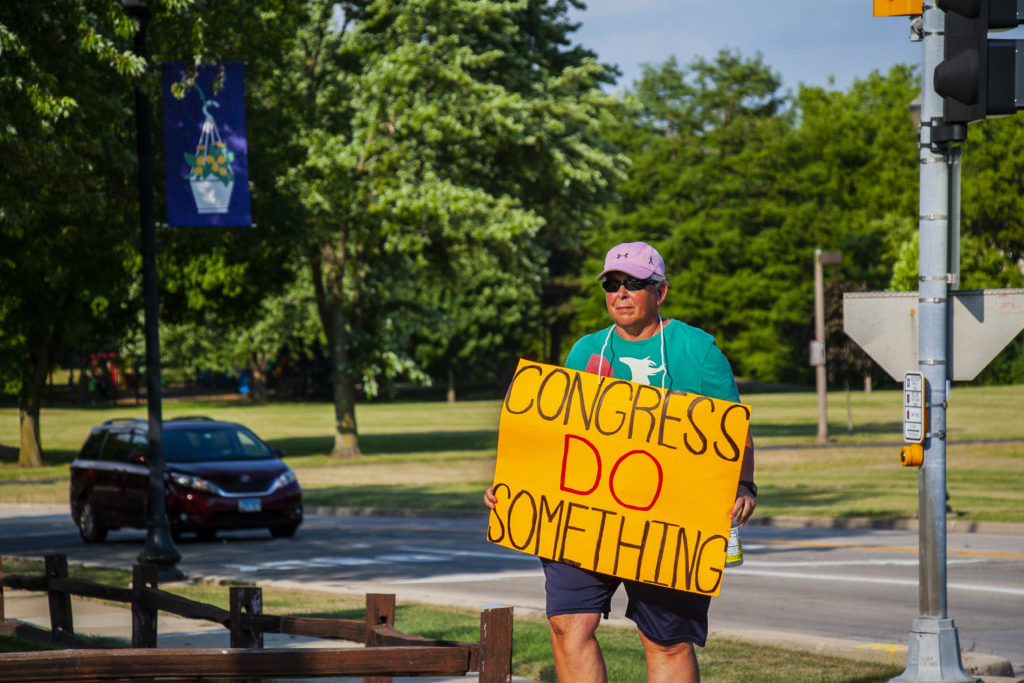 A man holds a sign asking political leaders in Washington to "do something" about gun violence in the wake of the mass shootings in El Paso and Dayton. Charles Edward Miller

Metzl says there are concrete steps we can take to prevent gun violence. But to do so effectively, he says, we must acknowledge the connection between white privilege and gun rights.

This an argument Metzl lays out in his new book “Dying of Whiteness: How the Politics of Racial Resentment is Killing America’s Heartland.”