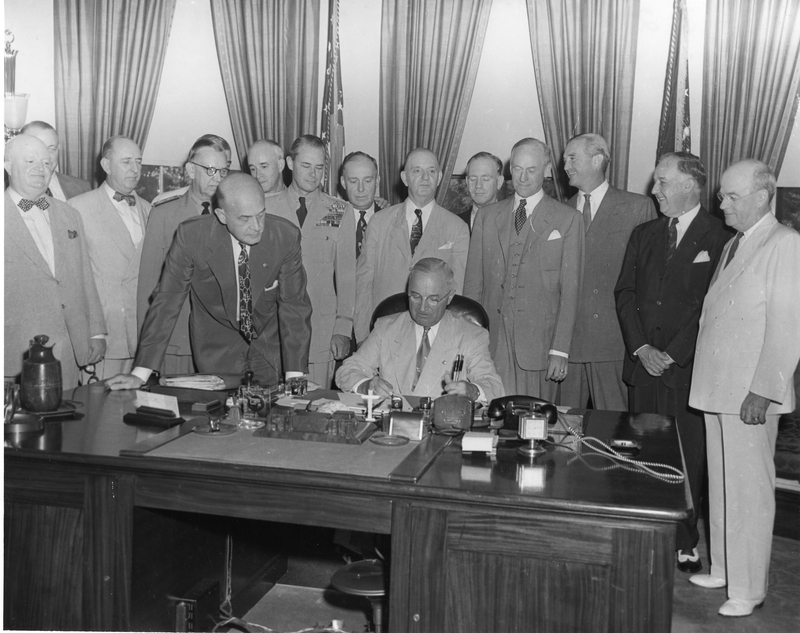 President Harry S. Truman is seated at his desk in the Oval Office, signing the National Security Act Amendments of 1949, which converted the National Military Establishment into a new Department of Defense and made other changes in the national security system. Wikimedia Commons

With the formal transition of power process finally underway, President-elect Joe Biden can now access the reins of government as he prepares to step into the White House in January.

But Donald Trump hasn’t conceded, and some close to him say he may never do so. It’s part of an effort to undermine the legitimacy of the election and make governing as hard as possible for his successor and

Diane’s guest, Joe Scarborough, says looking to our country’s 33rd president, Harry Truman, can offer lessons to Joe Biden on how to navigate this rocky transition.