From The Archives: Diane’s 2013 Interview With Poet Maya Angelou

From The Archives: Diane’s 2013 Interview With Poet Maya Angelou 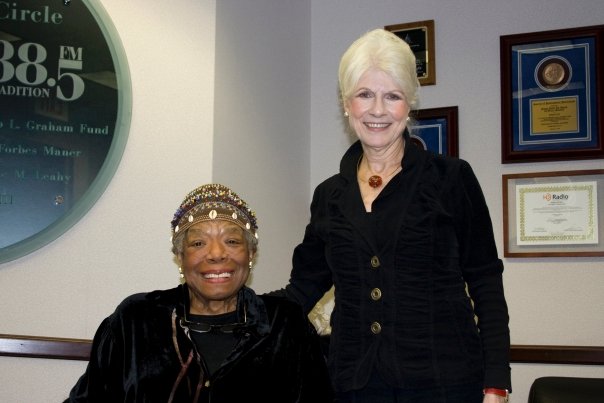 Maya Angelou was one of the most distinguished poets and authors of our time. Born in Missouri, Angelou’s parents had a difficult marriage and separated after just a few years. She and her brother were raised by their grandmother in Arkansas. At 13, she was sent to live with her mother in San Francisco.

Maya Angelou came onto this program several times over the years. But in her last conversation with Diane, in 2013, she talked about writing about her fraught relationship with her mother for the first time. Her last words to Diane: “I love you, Diane Rehm. And I look forward to seeing you and talking to you again and again.”

A year later, she died at the age of 86. In one of Diane’s most treasured interviews, the women reflect on forgiveness, healing and reconciliation.

Friday, Jan 22 2021Diane talks with Michael Shear, White House correspondent for the New York Times and the author of the book “Border Wars: Inside Trump’s Assault on Immigration.”