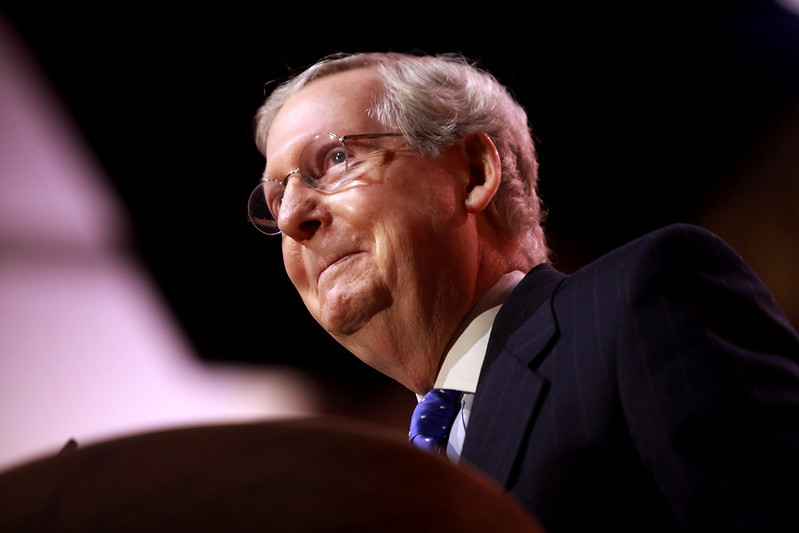 Republican Leader Mitch McConnell will lead a GOP with a slim minority in the Senate. Gage Skidmore

Tuesday is President Trump’s last full day in office. Tomorrow, he plans to leave Washington, D.C. before the inauguration, bypassing many of the symbolic, and practical actions that ensure a peaceful transition of power.

Trump also leaves behind a Republican party facing an uncertain future. Polls shows anger among the party’s voters, from those who say Trump and his allies went too far in contesting the election, to those who say lawmakers didn’t fight hard enough.

Now, with an impeachment trial looming, Republicans in Congress will be forced to show their hand and map a way forward for their party.

David Winston is a Republican pollster and longtime advisor to Senate and House Republicans. Diane spoke with him as Trump completes his final day as President.