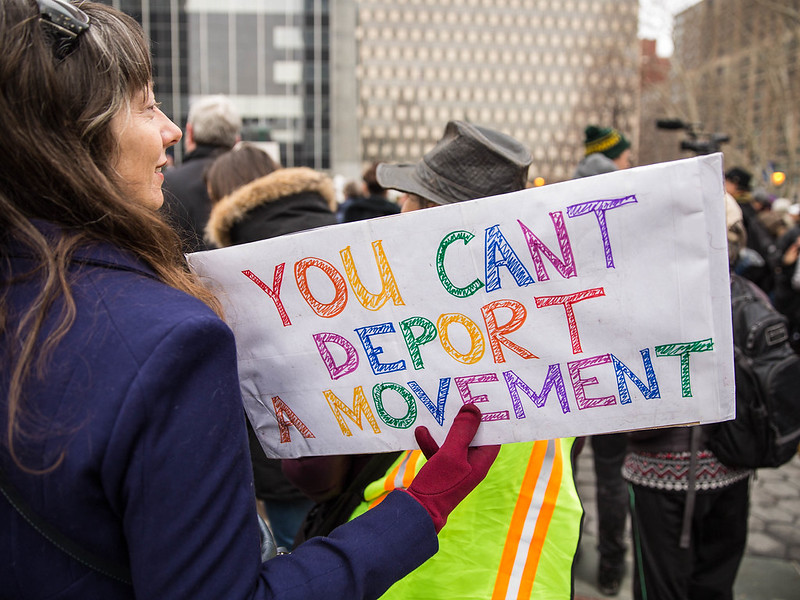 A woman holds a sign at a rally in New York on February 10, 2018. Working Families Party

From the Muslim ban to child separation to “the wall”, if there was a single issue that defined the presidency of Donald Trump, it was his hardline on immigration.

On his first day in office, Joe Biden made it clear to the country – and the world – that he’s supporting a very different vision of America when it comes to foreigners.

The new president immediately took a series of executive actions that revoked some of his predecessor’s policies. And the Biden White House has already sent a comprehensive immigration bill to Congress.

To help understand President Biden’s immigration priorities – and what impeachment means for his agenda, Diane spoke with Michael Shear, White House correspondent for the New York Times. He’s the author of the book “Border Wars: Inside Trump’s Assault on Immigration.”