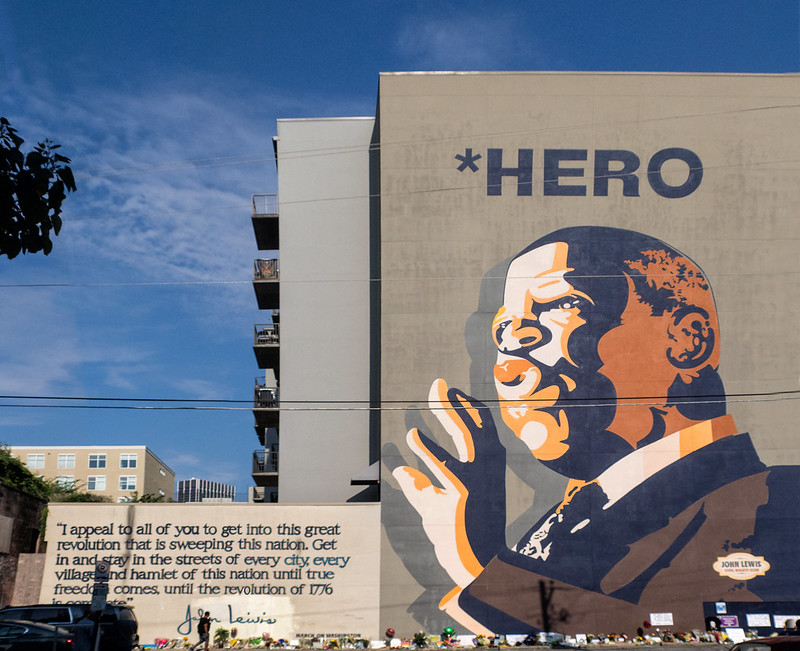 John Lewis, Democratic U.S. Representative from Georgia and Civil Rights leader, died last July. A few months later, the state he had represented would help tilt the presidency to Joe Biden and give the U.S. Senate its Democratic majority.

Now, Georgia is back in the news with its new restrictive voting rights law – the very thing Lewis spent his life fighting against.

Before his death, Lewis published a trilogy of graphic novels called “March” about his work in the Civil Rights movement. Diane had the chance to talk with Congressman Lewis about the second and third “March” books, and we bring you excerpts of those in this podcast.

Then, you’ll hear from Congressman Lewis, Andrew Aydin and the graphic artist for the series, Nate Powell, discuss “March 3.” This interview was from October 2016, right before the election of Donald Trump.

Congressman Lewis will posthumously release another graphic novel this summer. It’s called “Run: Book One” and it’s about the period following the passage of the 1965 Voting Rights Act.