Rolling Stone Writer On UVA Rape Story: “I put her story through the wringer best as I could” 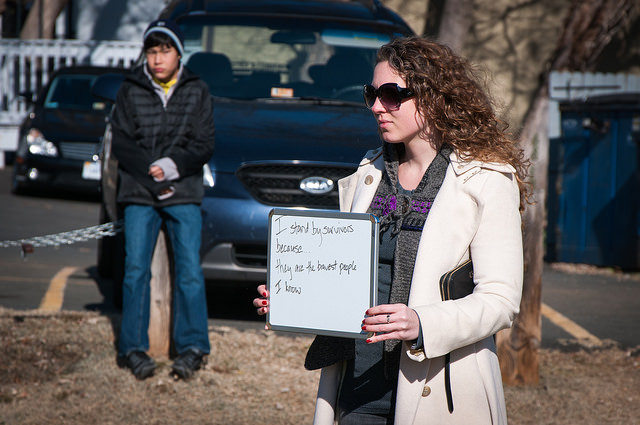 The controversy over Rolling Stone’s story on rape at the University of Virginia’s campus is raising new questions about how the controversy might affect victims and those accused.

It’s also raising a renewed debate about journalism ethics and standards, and how allegations are treated in the media.

Plenty of news organizations are tackling that question now; some, like Washington Post’s Erik Wemple, are calling for the editors who worked on the story to resign. So far, they’ve posted an apology; author Sabrina Rubin Erdely has been largely silent.

Before the inconsistencies in the story came to light, several caller squestioned Erdely’s approach to the story and its subjects on our fellow WAMU 88.5 program The Kojo Nnamdi Show.

One caller who identified himself at Jim said he “was amazed at that lack of corroborating evidence.”

I mean, she says the girl — she leaves the party. Nobody saw her … is there any evidence that she went and interviewed people? She says the dean said that the reason that they want to keep the statistics down [is] because nobody wants to send their daughter to a rape school. But I don’t see any time that she asked, if she corroborated it. I don’t see any [evidence] that she tried to talk to the alleged perpetrators. Thank you.

Well, I should also point out that, you know, especially for people who haven’t read the article yet, the story of Jackie’s rape is an incredibly powerful one. You know, she brought her story to the administration and they did absolutely nothing about it. But what’s also important to note is that I interviewed many other victims of sexual assault at University of Virginia and the story they told was very consistent, which is the same story that Jackie tells, which is a culture that silences victims, that discourages them from reporting in the first place by their peers.

And when they get to the administration, it’s sort of subtly and sometimes not so subtly discourages them from moving their cases forward. So Jackie is not an isolated case.

Another caller, who identified himself as a recent graduate of The University of Virginia, chimed in 10 minutes later.

I’m not saying that this girl was lying in any way. It’s extremely terrible and I don’t even understand why she would ever, you know, make such accusations that weren’t true. But what did you do to kind of make sure that the entire story was accurate? Because when you put stuff out there like this, it’s really, really damaging to the school, really, really damaging to the fraternity. So you wanted to make sure, I’m sure, that everything she was saying was true. So what besides, you know, the common trend you found by talking to other students did you do to verify the story?

Erdely said she “put her story through the wringer best as I could.”

I checked every aspect that I could. I found her to be a very credible person. At the end of the day, you know, look, I was not in that room, you know, on that terrible night so I couldn’t tell you … for sure what happened.

I also say in terms of like the attitude of sort of shock and denial from people at UVA, I get that. You know, I understand that there’s been quite a reaction at UVA. Nobody wants to think that something like that can happen on a campus that they love and, you know, in a place where you feel like you’re safe. But my hope is that people will be able to sort of read this calmly and use it as a starting point for a really important discussion.

Will we see more reactions, or ramifications? We take a look at 10/9c Dec. 9. Tune in here.