We’ve long known that minorities will outpace the majority in America. But in some cities the shift is happening more quickly than in others. 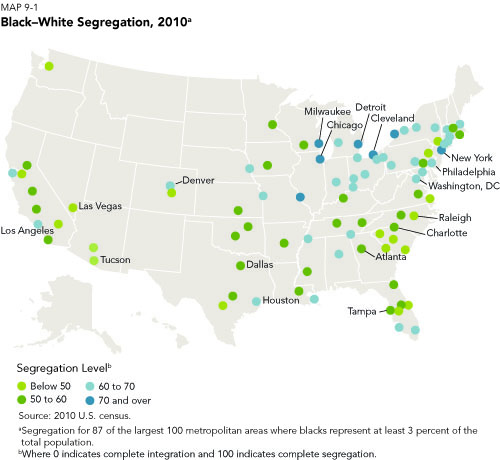 In much of the Southeast, blacks represent a significant part of the population, while they’re less integrated into Midwestern cities like Chicago, Detroit and Cleveland. 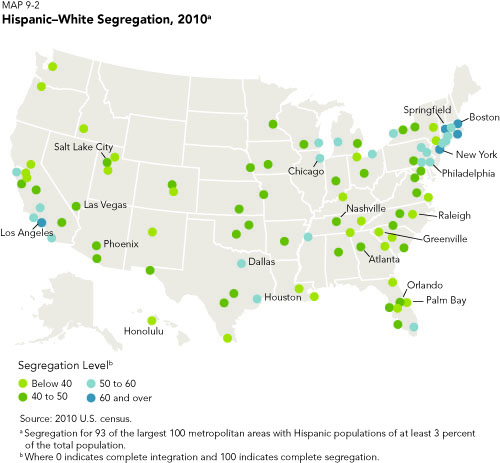 In many of New England’s major cities, Hispanics are segregated into clusters, unlike many cities in Florida, California and the Southeast. 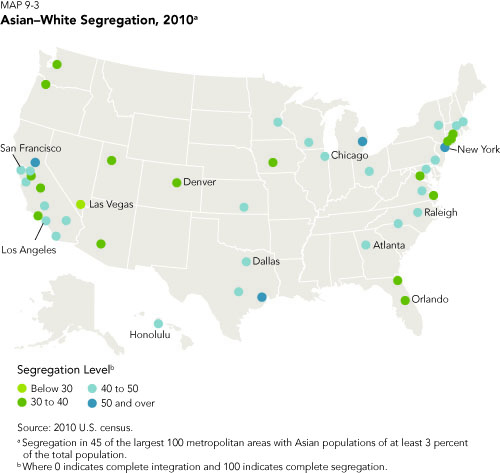 According to the study, those of Asian descent have had the most success integrating into major cities.

Where does your city fit into the picture? Weigh in for our Jan. 5 show.