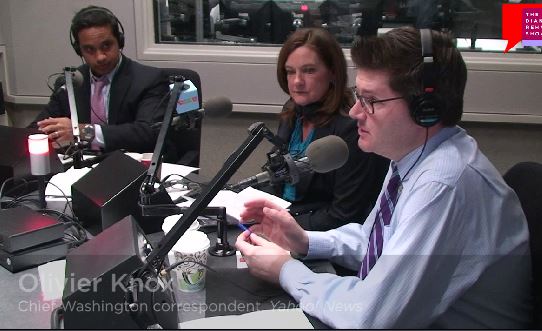 President Barack Obama proposed a plan this week that would give tuition to students at two-year colleges.

But the chances of the proposal moving forward is “not likely,” Olivier Knox of Yahoo! News told Diane on the Jan. 9 news roundup.

Reaction from Congress, so far, has been skeptical: Rep. John Boehner said the proposal “looked like a talking point,” not a plan.

Another issue, Knox said: The White House so far is refusing to put a price tag on the program.

“Someones’ going to have to pick up the tab,” he said.