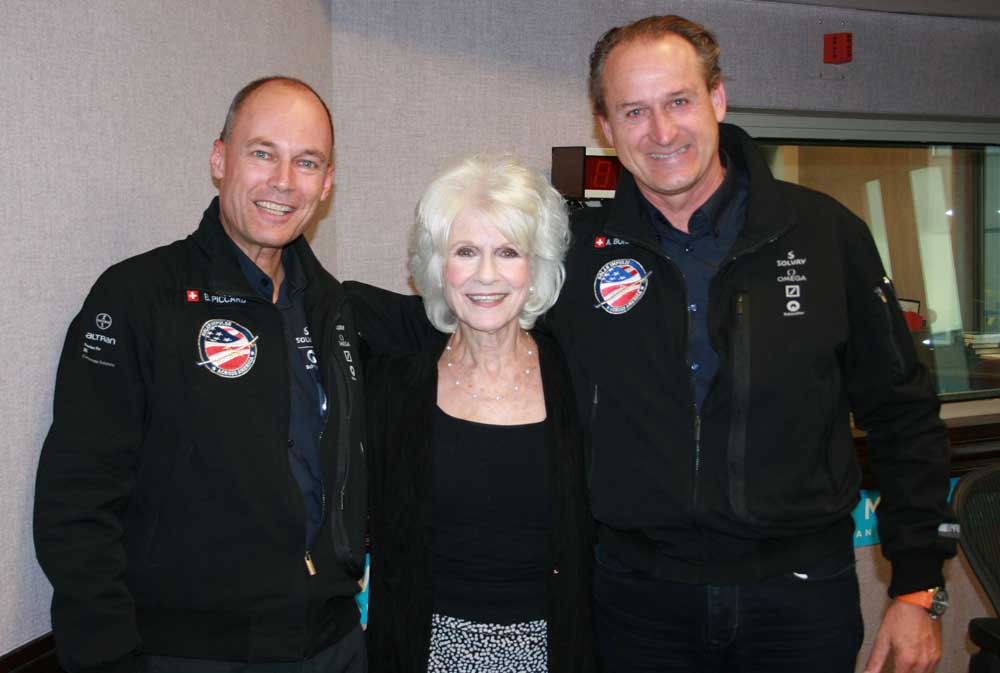 Diane and the pilots of Solar Impulse pose after our June 2013 show. Diane Rehm Show

In June 2013, Bertrand Piccard and his partner, Andre Borschberg, visited our studio to talk about their dream: Being the first to fly around the world without fossil fuel.

How? A solar powered plane that can fly even at night.

This week, Piccard and Borschberg are making that dream a reality, completing the first leg of their trip, Abu Dhabi to Oman, in a monthslong flight around the world. 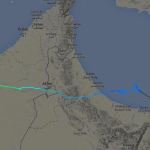 This isn’t Piccard’s first foray into testing the limits of how we fly. In 1999, he became the first person to make the trip in a balloon, a journey that took three weeks.

He almost didn’t complete that trip; he nearly ran out of fuel. The close call got him thinking: Could we do this without fuel at all?

Experts say solar power will be the most popular power source in the world by 2050. Piccard and Borschberg hope their work inspires new thinking about how to better use it.

Piccard and Borschberg offered more insight into their mission during a stop by our show during a U.S. tour with the Solar Impulse-1, the prototype that would ultimately become the model for the plane that’s now flying around the world.

“Solar Impulse with these new technologies, clean techs with the batteries on board show the potential of solar power, because we can store the energy when we fly during the day to fly during the night.”

Listen: Why Solar Impulse is different than other solar flights

“Another way to answer to this question is to say that our goal is not to make a revolution in air transport. Our goal is to make a revolution in the mindset of the people when they think in terms of energy, in terms of clean technologies and energy savings. Because in the past when we spoke about saving energy, it was really a threat for mobility, for lifestyle and so on. And now when we speak of energy saving we speak about clean technologies that allow to protect the environment of course, but also allows to create jobs, to make profit, to assist in the growth of the industry.”

Listen: “Our goal is to make a revolution.”

The team’s multi-stop tour around the world will take several months, Piccard and Borschberg wrote on their blog.

Want to follow along?  Catch up with our 2013 interview here. Then, track Piccard and Borschberg on their journey on the Solar Impulse site.

You can also sit in on the mission control room via the video stream below.