In The News: Diane Rehm: 40 Years In Talk Radio 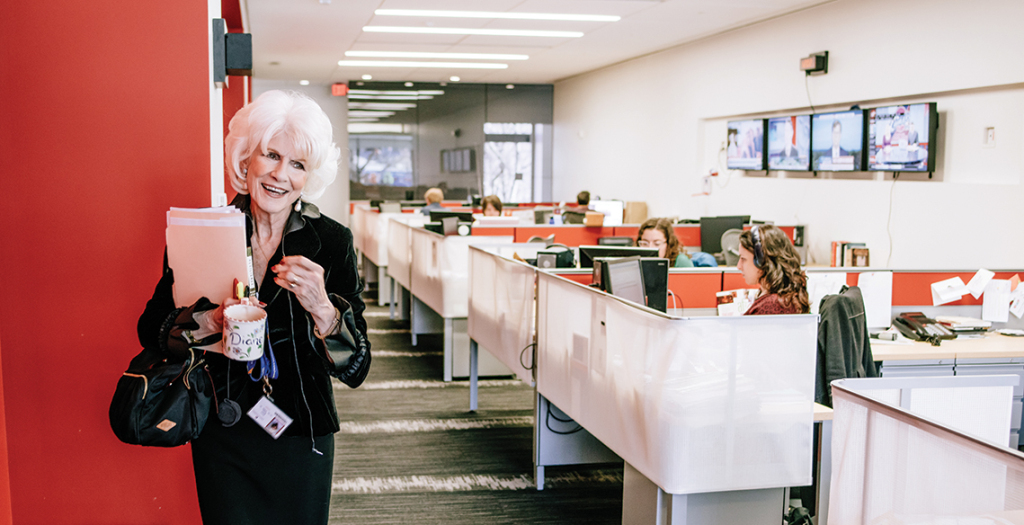 After 40 years in the talk show business, how does Diane Rehm start her morning?

“A hearty breakfast, two cups of coffee, plain Greek yoghurt (‘the sort my mother used to make’) and a skim through the day’s papers,”  writes Brownbook’s Pip Usher, who spent the day with Diane for a feature on her long career in radio.

Among the highlights from their interview:

On the start of her career:

On her first day, disaster struck: the host was sick and Rehm was plonked in her place to fill a 90-minute slot with a discussion on dairy. Ten months later, she joined the team as a paid producer and, after an unsuccessful foray into television, she returned to WAMU in 1979 [and has been at the station ever since]. ‘Is that a Cinderella story or what?’ she cackles, still filled with glee at the cards that fate dealt her all those years ago.

On the death of her husband John:

“‘Before, I always felt the need to have someone around me,’ she says. ‘Now I find a certain peace inside myself as I am alone, and a greater sense of introspection.'”