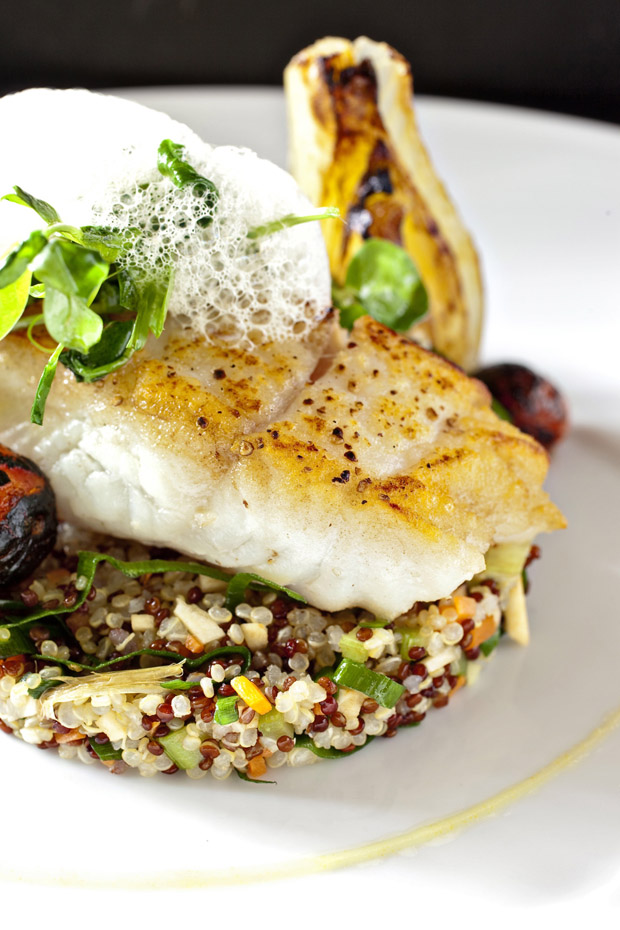 As early as she can remember, Nora Pouillon was drawn to the way food could grow so resiliently from the ground.

After World War II, growing up on her family’s farm in the Austrian Alps, food “was a constant occupation, and the land was precious,” she says. “Food was life.”

It’s a message heard frequently among the growing number of Americans who have bought into the $39 billion organics industry over the past decade. The number of U.S. organic producers has grown 250 percent since the U.S. Department of Agriculture started to certify products in 2002, according to this Associated Press report.

But in 1970,  Pouillon was a small voice in a market crowded by processed foods.

She spent nearly a decade driving to farms around the mid-Atlantic to form her own network of suppliers. When she opened Restaurant Nora, in Washington, D.C., nearly all of her food came from farms in Virginia, Maryland and Pennsylvania.

In 1999, Restaurant Nora’s became the first certified organic restaurant in the United States, an elusive designation earned by fewer than 10 other eateries nationwide.

One of the reasons her restaurant has succeeded: The food has won over even the most famous of unhealthy eaters (including Former President Bill Clinton).

Even if you can’t make it to Pouillon’s restaurant, you can bring some of her most popular dishes into your own kitchen. Ahead of her April 21 appearance on our show, she shared some recipes that can help bring more organic foods to your table. 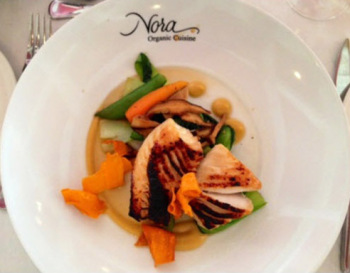 Combine sake, mirin, and sugar in a saucepan and cook until alcohol is evaporated and sugar dissolved, about two to three minutes.  Whisk in miso and cool.

Place stirfried vegetables on a plate, top with caramelized fish, and pour vinaigrette around vegetables. 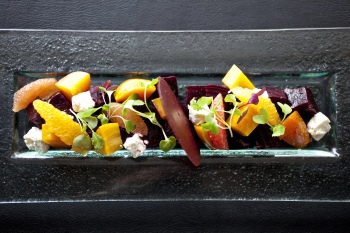 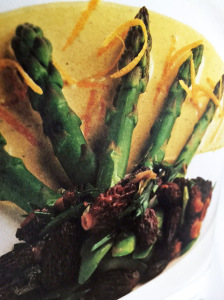 A note from Nora: This is a recipe that Omi, my grandmother, used to make. I always preferred this cake to the famous Sachertorte because it is so much more moist and tastes similar to a brownie.

Originally this cake is called Rehruecken, which means “saddle of deer,” because it was baked in a long ribbed loaf pan that imitated a  venison rack. It was also spiked with skinned almond pieces to imitate the larding pieces that were traditionally woven through the venison to tenderize the lean meat. You have to be Viennese to turn a cut of meat into a cake! 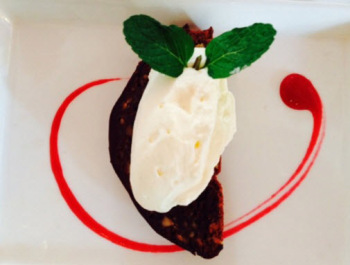