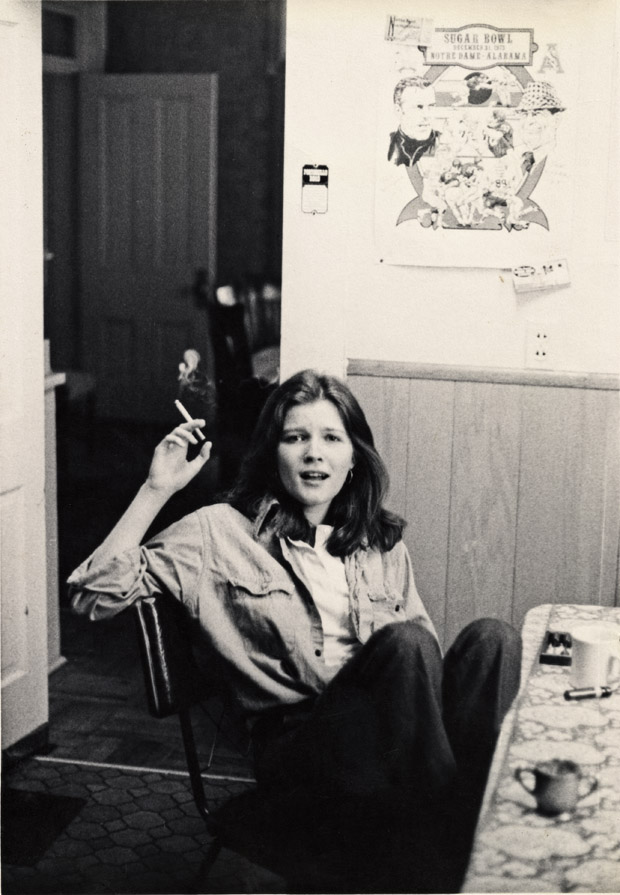 Kate Mulgrew in 1976, in the kitchen at Derby Grange. Courtesy of Kate Mulgrew.

She’s best known as Red in Netflix’s “Orange Is The New Black” and Captain Janeway in “Star Trek: Voyager.” But on our April 27 show, Kate Mulgrew opened up about her life away from the set.

She also shared some photos that offer a glimpse into her childhood, career and family.

Growing Up on “Derby Grange” 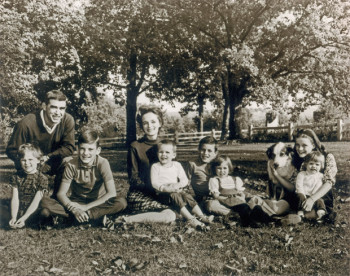 Kate Mulgrew with her family on their property, “Derby Grange.”

She writes of her childhood:

“We older kids never paid much attention to who was in the bassinet, since obviously such a creature could make little if any contribution to the tribal elders.”

A 1975 shot of Kate Mulgrew, far left, on the set of “Ryan’s Hope.” Courtesy of American Broadcasting Companies, Inc.

One of Kate Mulgrew’s breakout roles was on “Ryan’s Hope,” a soap opera about a couple that owns a bar on the Upper West Side of Manhattan.

It catapulted her into early fame, Mulgrew said.

She spent five days each week in New York filming the show; at night, she was driven to Stratford, Connecticut to perform in a different production on stage at night. 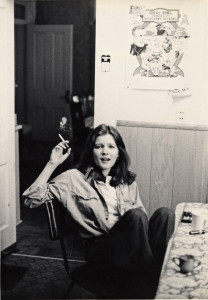 Kate Mulgrew in 1976, in the kitchen at Derby Grange. Courtesy of Kate Mulgrew.

As “Ryan’s Hope” was taking off, Mulgrew found out she was pregnant.

“It was unusual, in 1977, to be on national television while single and pregnant,” Mulgrew told AARP.  “My agent and many of my friends thought I was making a huge mistake. I offered to quit, but instead, the show’s creator, Claire Labine, wrote my pregnancy into the show.”

She gave birth to her daughter in 1977. Hospital policy didn’t allow her to see her daughter to say goodbye, but she convinced a nurse to give her a peek of the nursery, she writes in her book:

I press my face against the glass. Strain to see her. Tiny brown face under a pink cap, pink cap over black curls, miniature fists suddenly escaping from the blanket, opening and closing. I put my hands to the window … and my face is flattened against the pane and then thwack! The venetian blinds are dropped, the nursery disappears, I turn in bewilderment, but the nurse is adjusting her cap and saying just under her breath, “That’s enough now, you need to go.”

On Starting a Family 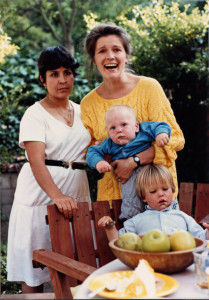 Kate Mulgrew, right, with her sons, Alec and Ian. Courtesy of Kate Mulgrew.

Mulgrew married Robert Egan in 1982. They had two sons, Alec and Ian.

As the boys grew older, it was made clear to Mulgrew by other mothers at her sons’ school that “it would behoove me to spend a little less time on my career and a little more time helping to shape the futures of our beloved children,” Mulgrew writes.

She taught poetry to both of her sons’ classes. Her strategy: Having the children act out the work of Emily Dickinson. The school, however, didn’t appreciate students leaping around the classrooms and onto teachers’ desks, shouting lines of verse.

At the end of the semester, Mulgrew writes, the mothers decided her absence might be better after all:

“The principal thanked me for my efforts and, leaning in to take my hand, said, “I just can’t wait to see what you’ll do next — on television.” 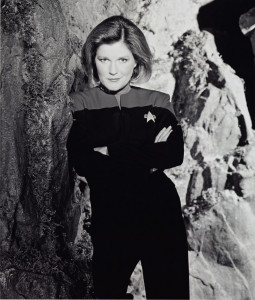 “It was as if I were shot out of a cannon, life changed so quickly and so dramatically,” Kate Mulgrew wrote of her big break.

“One night, I was celebrating my good fortune with family and friends, and the next, I no longer knew who I was or what was happening to me. The phone did not stop ringing.”

Television producer Rick Berman told her “your life is about to change in ways you can’t begin to imagine.”

And it did, she says.

On Reuniting With Her Daughter 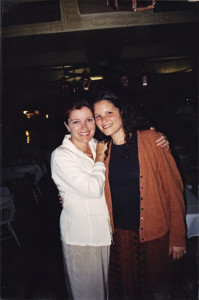 Kate Mulgrew reunited with her daughter Danielle in 2001. They met in Boston.

“I looked from one set of revolving doors to the other, frantic that I would somehow miss her,” Mulgrew writes of the meeting:

“And then, I saw her, and I knew. A girl in a light brown sundress, carrying a backpack, walking across Harvard Square. Her magical long hair tied back with a blue kerchief. I tried to rise, failed. … She was unmistakably my daughter.”

Want more Kate Mulgrew? Catch up on our interview.