Your Questions Answered: Food And Anti-Aging 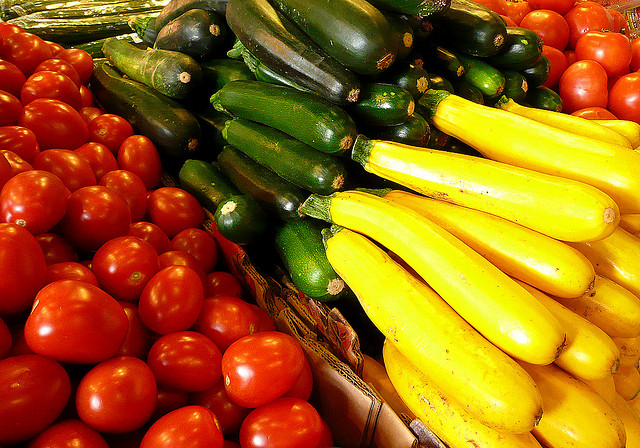 Our June 29 show on new anti-aging research was packed with advice. But after it aired, hundreds of listeners weighed in with more questions via email, Facebook and Twitter.

Q: Does the current research point to the possibility of some reversal, or at a minimum, a stop, to the progression of neurological diseases such as Alzheimer’s?

Mark Mattson:  Symptoms of Alzheimer’s disease do not become apparent until there has already been considerable degeneration of neurons in brain regions involved in learning and memory.  While neuroscientists have many good ideas on how it may be possible to replace lost neurons and synapses to restore learning and memory ability, the technical hurdles are substantial.  Nevertheless, considerable progress towards this goal has been made in animal research studies.

Toren Finkel:  In non-human primates (chimps), it has been shown that dietary restriction preserves brain volume as the chimps age. This presumably would result in less cognitive impairment. Also, in it’s important to note that when we analyze the cause of death in studies with rodents, about 6 percent of the control mice don’t have anything specifically wrong with them when they die (i.e. they appear to die of old age). In contrast, that number rises to 30 percent in the dietary restricted mice. In other words: The mice with dietary restrictions have fewer multiple age-dependent diseases — Alzheimer’s or otherwise.

Mark Mattson: Regarding the development of drugs, it is likely that early diagnosis will provide the opportunity to administer drugs the slow or halt the neurodegenerative process, and results of animal studies suggest there will be such drugs forthcoming.

Perhaps more promising is emerging evidence that the risk of developing Alzheimer’s disease can be reduced considerably by adopting certain diet and lifestyle habits throughout adulthood.  These include regular aerobic exercise, moderation in energy intake/intermittent fasting, and consumption of a variety of fruits, vegetables and nuts.

Toren Finkel: There is evidence that eating too much protein can be bad for you; there is also a link between protein consumption and cancer. How ‘good’ or ‘bad’ it is may also have to do with how old you are: You might want to look at this study suggesting that protein might have different effects for those under and over 65.

Q: I am epileptic and have been told that a ketogenic diet is beneficial.  Can you explain how?

Leonard Guarente: Ketones supply energy to cells, especially the brain.  They are not harmful to health like carbohydrates, and, there are also some direct health benefits associated with the ketone beta-hydroxybuterate (an organic compound synthesized in the liver).

Mark Mattson: When you eat a high fat (ketogenic) diet, some of the fats are taken up by the liver and converted to molecules called ketone bodies. One of the ketone bodies, called beta-hydroxybutyrate, enters nerve cells in the brain where it causes them to be less excitable.  Beta-hydroxybutyrate is also an energy source for neurons and can protect the neurons against the damaging effects of a seizure.  So a ketogenic diet or fasting (which also increases ketone body production) can inhibit seizures and protect neurons against the damaging effects of the seizures.

Q: What are the effects of fasting on blood sugar? Do the hours I might rest and/or sleep (say 10 p.m. to 7 a.m.) count as fasting? Or must fasting occur during more active daytime periods?

Mark Mattson: The body is able to maintain blood sugar levels within the low normal range, even with long-term fasts of several days or even weeks. During fasting, ketones are produced from fat stores in the bodies and the ketones can be used as an energy source by cells. Individuals who fast intermittently — for example, two days each week — improve their ability to regulate glucose and therefore have a reduced risk of developing diabetes. There’s some more information in this study.

And yes, the hours you sleep do ‘count’ as fasting.  Some related studies:

Q: I was under the impression that lectins, particularly in legumes, can be harmful by possibly causing digestive upset or even leaky gut syndrome. Is this true? How many legumes is too much?

Mark Mattson:  Legumes (beans, peas, peanuts) are generally healthy.  Eating excessive amounts of legumes can cause transient intestinal disturbance. You will know when you have eaten too much legumes when intestinal symptoms appear.

Q: Can you discuss some fruits and vegetables whose toxins are particularly beneficial, and why or how?

Mark Mattson:  There are two great articles about this, posted below.

Phytochemicals: A Focus On The Nervous System

The Physicians Committee for Responsible Medicine uses this chart to help patients navigate food and its benefits.

Want more? Listen again to our full hour on vegetables and anti-aging research.