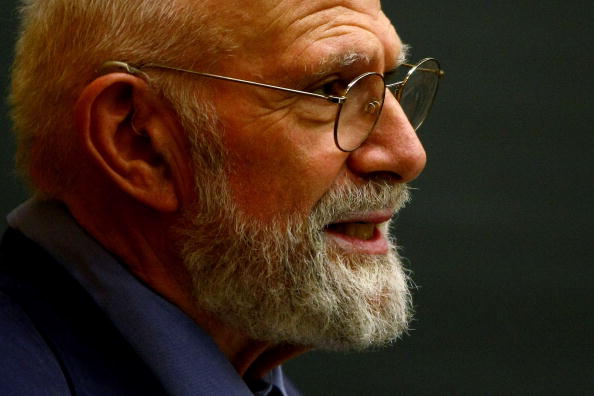 Oliver Sacks spent decades doing what few other neurologists are willing to do: studying the mind’s most peculiar mysteries one patient at a time — and then writing about them.

In that way, the physician and professor of neurology became, as New York Magazine once wrote, “the unlikeliest ambassador for brain science”: One who wasn’t interested in the well-studied disorders of the masses, but instead, the people whose quirks science couldn’t explain.

The best-selling author had many quirks himself, too, many of which he shared as a recurring guest on our show. He couldn’t recognize faces (which led to some comical misteps, such as mistakenly printing a picture of the wrong uncle on one of his books). He had visual forms of migraines “where you see zigzags and patterns.” And, in later years, he had a tendency to bump into stray objects and people, thanks to the loss of vision in his right eye to cancer.

But even as he grew older, Sacks did “not think of old age as an ever grimmer time that one must somehow endure and make the best of,” he wrote in The New York Times. “But as a time of leisure and freedom.”

Sacks died this week at 82. On his last visit to our show in 2013, just after his 80th birthday, he shared what he’d learned about the brain’s quirks and what fascinated him most about the human mind.

Some of the highlights:

On Deciding To Write About Hallucinations

“The word hallucination tends to have frightening connotations of losing one’s mind. But if people can bring it out, if you can delicately deliver them of this worry and reassure them. it can make a huge amount of difference. In particular, among the old people I see, there are many with poor hearing or poor eyesight, although perfectly preserved intelligence. And something like 10 percent of those with poor vision have hallucinations, sometimes of a kind of elaborate sort.”

On Choosing To Work With Adults Instead Of Children

“It makes me wish I had gone into pediatrics.”

"Well, many people have religious visions or voices. The word hallucination was only given its present connotation about 200 years ago. And it sounds rather too medical. ...So if one just talks about visions or voices, well, these tend to be visions or voices of a very unusual sort which almost command belief or obedience. I think it's not easy to be skeptical with regard to one's own visions. Although one may have to be."

On Music And The Brain

"Music can play an enormously important part with all sorts of disorders. ...Music can also be very important for people who have lost the use of language or aphasic because they may discover or you may help them to discover that they can sing. And in singing get the words of the song as well."

Listen: Oliver Sacks On Being Shy

"I think there's some biological basis for [shyness]. One finds, not only in human beings, some animals which are relatively withdrawn and others which [are] outgoing. And although I called it excruciating, it has its advantages, too."

He also spoke with Diane at a 2013 awards dinner: