How Cities Can Shape Transportation Technology For The Greater Good 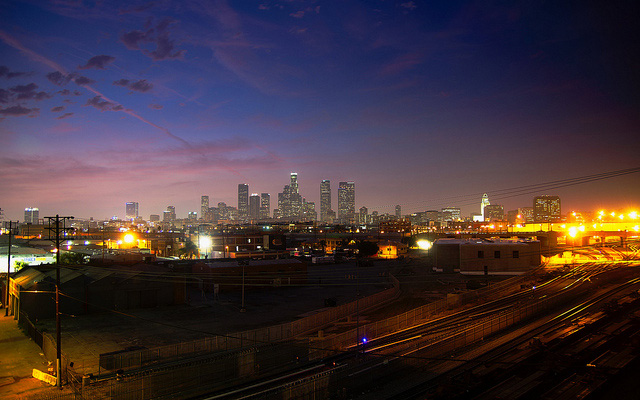 Technology and innovation shouldn’t be things that “happen” to cities — they’re things cities can embrace to shape their own future, former D.C. and Chicago transportation head Gabe Klein said ahead of our show on smart cities.

Cities are at the most critical juncture in our lifetimes right now, and have a huge opportunity ahead of them — if they make good choices.

That opportunity lies in two spheres.  The first: Undo a half century of terrible planning decisions around one mode, the automobile, and remake our streets in favor of people, so they can safely walk, bike, play and live as close as possible to fundamental services and their work. The second: embracing technology as well as new business and operating models to more efficiently use the infrastructure and systems we already have and to better serve the public and its future.

Government leaders cannot afford to collectively bury their heads in the sand as they often have in the past. They also cannot afford to build more roadway capacity with a strategy of “building our way out of congestion,” as some recent reports would quietly promote.  It doesn’t work. But there are a few things that will.

With the recent kerfuffles over “ridesharing,” or transportation network companies (TNCs), as we have come to know them, it’s evident that government is not ready for radical and exponential technological change. Well guess what: We ain’t seen nothing yet.

Autonomous cars, data analytics, behavioral economics and incentives, renewable energy, and modular design are only some of the important changes to watch in the next five years.

Even more significant: the evolution of smartphones and wearables with the cloud and high-speed internet connectivity — and the business models that they have spawned — which have turned a pocket device into a remote control for our lives, particularly for younger generations in urban centers. And on our doorstep within a few short years: autonomous or self-driving cars, which could have a positive impact on the roads if cities engage.

They’ll all have profound effects on what we do, when and where we do it, and ultimately, who we entrust to facilitate it.

Los Angeles is a good example of a city taking a leadership role on this front. Last month, Mayor Eric Garcetti and the Los Angeles Department of Transportation (LADOT) announced that they were going to take on the major challenge facing cities by hiring a technology transportation strategist. I applaud Los Angeles leadership for having the honesty and foresight to admit “we want to be ready, and we are not.”

“It’s about time the car capital of the world planned for the future of transportation in the digital age—moving beyond the car to bikes, ride-shares, and autonomous vehicles,” Garcetti said.  Hiring a full time, singularly focused strategist is the right first move. All cities should take note.

There’s a nexus between technology and the goal of fixing our public space. Cars are parked, not moving, about 94.8 percent of the time. We have the potential to get rid of more than half of our parking; some estimates are as high as 85 percent in the long term. If you’ve looked around lately, that’s a tremendous amount of public and private space in places like Los Angeles. Repurposing this space unlocks economic potential, including our ability to fund affordable housing versus subsidizing parking for true equity in home ownership. Perhaps most importantly, it would also let us devote more space in our urban landscape to people, walking, biking and recreating versus storage of cars.

Kicking Car Habits To The Curb

We lose 1.24 million people to car accidents worldwide; they’re also the No. 1 killer of people 15 to 29. Many cities have embraced a Vision Zero goal for fatalities. The skeptics say “it can’t be done; it’s not realistic.” I disagree. That’s why when I was commissioner of the Chicago Department of Transportation, we were the first city in the U.S. to embrace Vision Zero. Is it too far fetched that in a decade, a city could ban cars in favor of zero-accident self-driving vehicles?  That our children could walk to school by themselves? I think not. A transportation technology strategist or equivalent in your city could have a big impact in laying out a roadmap for this as the desired outcome, which in time, could become the mandated outcome. If successful, cities once again become desirable and affordable places to live, work and play with a family.

The innovators in government that take on this challenge have a big job ahead of them, but one with huge potential to change the way we live.

If cities work with partners to coordinate technology policy and urban design standards, step up to assign real dedicated resources to challenges, draw on public input and embrace social entrepreneurs and their ideas, I believe there is no limit to how safe, transit oriented and economically positive the coming change can be in our future cities.  It has to be for the next generation.

Gabe Klein is the former commissioner of the Chicago and Washington departments of transportation, and survivor of many startups. He is currently a special venture partner at Fontinalis FP, an entrepreneur, and and advisor and board member to companies, organizations, and governments. He’s also the author of the forthcoming book, Start-Up City on Island Press.

Listen to our full hour with Gabe Klein and Sam Schwartz on cities of the future.