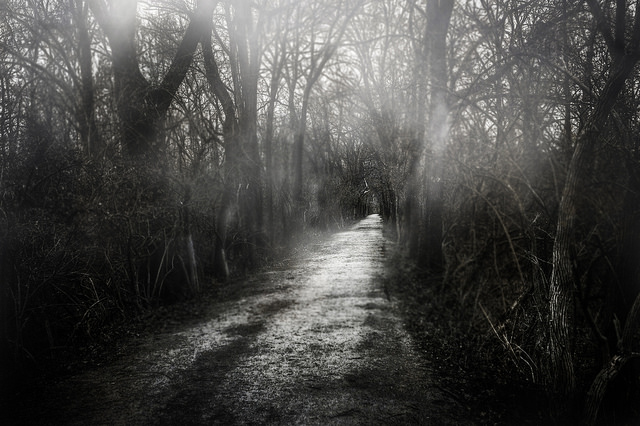 Looking for a good ghost story this Halloween weekend? We’ve mined the archives to bring you some of our most spooky shows. Listen … if you dare!

Readers’ Review: “The Haunting Of Hill House” By Shirley Jackson

We go all the way back to 1999 for this one. The book looks at the last 22 years of Yeats’ life, including the trance-like communication he and his wife conducted with supposed spirits.

When two girls move into their deceased aunt’s London apartment, they find that perhaps she is not entirely gone. You’ll find love, life — and afterlife in this book by the author of the best-selling “The Time Traveler’s Wife”.

The author begins his book with this note to the reader: “Many of these stories end badly for at least one of the people in them. Consider yourself warned.” Gaiman, who has more than 2 million followers on Twitter, is famous for his ghost stories, science fiction and fairy tales.

We had to include this Mary Shelley classic. The cautionary tale about science and creation is as true today as ever. Speaking about Dr. Frankenstein, Readers’ Review panelist Joel Achenbach said “you can detect his madness in the fact that he doesn’t know where the off switch is.”