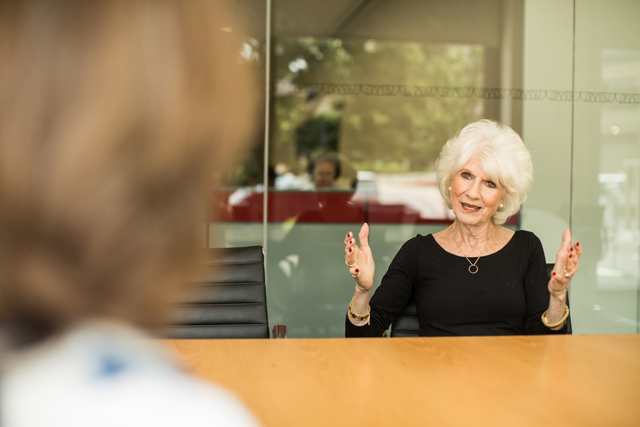 After a long and remarkable career as host of The Diane Rehm Show, Diane is considering her future plans.

Diane will host The Diane Rehm Show at least through the 2016 presidential election.

Diane, WAMU and NPR are working together closely on a successor program for the public radio morning audience. They are excited about the ideas being developed and talent being considered. WAMU and NPR are committed to finding a successor who will honor Diane’s legacy and the qualities listeners treasure about her show — civil discourse and deep conversations about the issues of the day with listeners as part of the conversation — while also reflecting changing audience needs and habits.

Diane is considering a variety of options after she leaves her role as host, including a speaker series, a new show or podcast, and other ways of connecting with her most loyal listeners. Early next year her latest book, a memoir titled On My Own, will be published by Knopf. She’ll be traveling the country and visiting a number of public radio stations on her book tour.

We will have more details to share in the coming months.