A Panel Of Experts Answers Your Questions About The Zika Virus 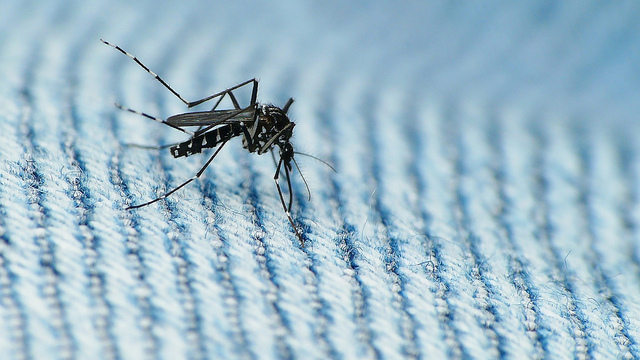 The Asian tiger mosquito, shown here, is one of the two species connected to the Zika virus. coniferconifer/Flickr

During our segment on the risks and spread of the Zika virus, we received many questions from listeners via phone calls, email and social media. We weren’t able to get to all of them during the show, so we reached out to those panelists to answer a few more listener questions afterward.

Will any differences between medical infrastructure in the U.S. and Latin America affect the way Zika might spread here? Also, is advising women to avoid pregnancy for years a realistic intervention or should governments be doing more? (adapted from tweets by Adriel)

The difference in infrastructure between the U.S. and Latin America will make all the difference in the control of Zika. In the U.S., we have the capability to do aggressive mosquito control and most people live in homes that have screens and air conditioning.

American women who are pregnant should postpone travel to Zika-affected countries. But in Latin America, women should have reproductive rights to birth control and abortion where necessary. It is their decision on whether to postpone pregnancy and for how long.

Getting rid of mosquitoes is important, but is spraying to get rid of them worth the long-term ecological impacts? (adapted from a Facebook message from Melinda)

Yes, it is worth it. Done right the ecological risks are low and the public health benefits are high.

Could you introduce a natural predator like a dragonfly to control the mosquito population? Florida has apparently done this in the past. (adapted from a Facebook message from Henry)

Yes, natural predators can be part of an effective mosquito control program.

We heard from a lot of women who are frustrated with Latin American governments’ messages to delay pregnancy targeted at women. “Telling women to ‘delay’ pregnancy suggests that women always plan a pregnancy or even know they are pregnant,” a listener named Sarah emailed. And authorities “need to be telling men not to get women pregnant as well,” Kayla messaged us on Facebook. Why do you think these messages have been phrased and targeted this way, and do you expect governments to change their tactics?

Women do not always have control over every sexual encounter and it is important to recognize that reality. That’s especially true in this type of public health response. It is important for men and women to be partners in taking steps to engage in family planning. Zika and its associated concerns about microcephaly are not going away so ongoing public health messages should come at this problem from multiple perspectives.

@drshow besides the birth defects what are the symptoms & results of zika in adults?

Most patients who have Zika virus do not have any symptoms at all. One out of five individuals with Zika will have symptoms roughly on par with a flu for about a week — those may include a fever, rash, achy joints and conjunctivitis.

How much do we know right now about the virus being spread sexually? Is there a chance that a man with a virus could impact the future child’s health when he impregnates his partner?  (adapted from a Facebook message from Dave)

This disease is primarily spread via mosquito bites. That is the concern that both the World Health Organization and CDC has said that we should focus on when it comes to Zika prevention. There have been only two documented instances where the virus has been spread through apparent sexual transmission. Public health experts from the U.S. CDC have advised people who recently traveled to somewhere with active Zika transmission and are considering pregnancy to consult with their doctors following that travel. Although we do not yet know exactly when the virus clears from semen, CDC’s director, Tom Frieden, has said that the risk of Zika virus infection depends on how long someone was in an area with active transmission, how much Zika was there at the time and how many mosquito bites the person got. Right now, the U.S. CDC has said that men who have traveled to areas with active Zika transmission who already have a pregnant partner should abstain from sex or use condoms for all sexual contact throughout the course of pregnancy. Pregnant women who traveled to such areas should be tested between two and 12 weeks after returning from such affected locations.

“What [happens] if a mosquito bites an infected person in the U.S. and then bites someone else?” — email from Greg in Florida

It can transmit the disease.

@drshow there is at least anecdotal evidence linking GMO mosquitos and the newly virulent Zika virus. is there any merit to any of that?