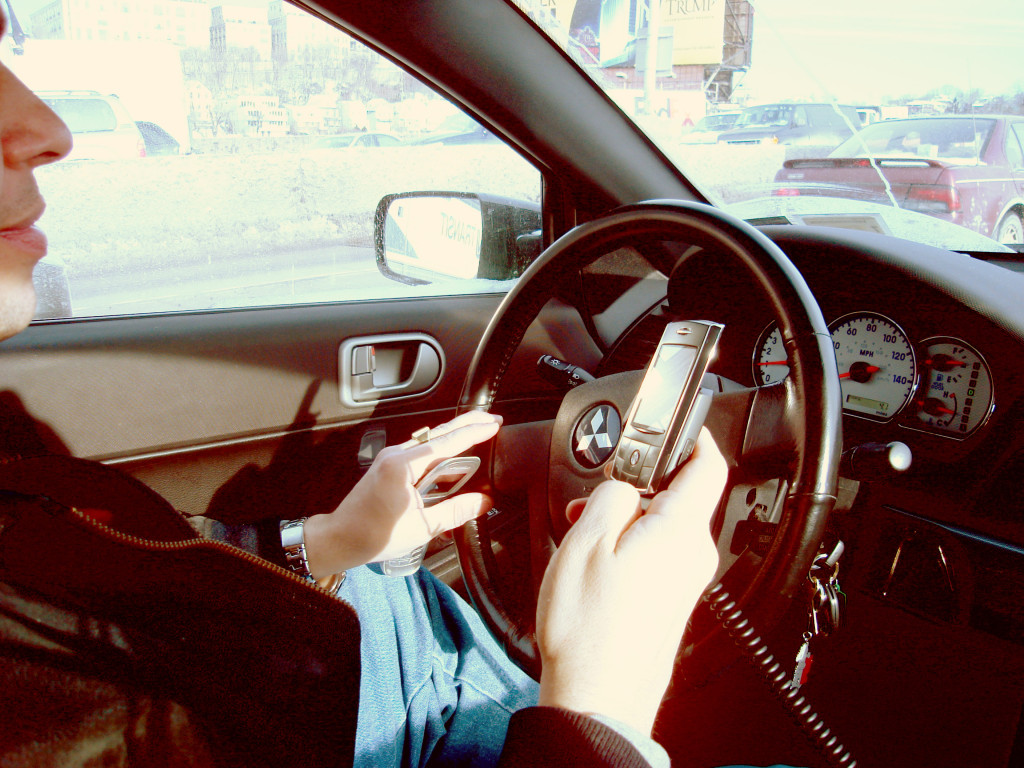 As we worked on our recent show about the prevalence of distracted driving, we wanted to know how it played a role in our listeners’ lives—so we put together what guest host Susan Page jokingly called a “highly scientific” survey, and collected responses throughout the morning of the segment. Many of the more than 425 responses made the air, and we’ve collected up the final results below.

Have you ever texted behind the wheel? 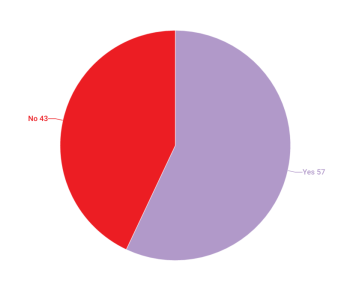 Around 57 percent of respondents said yes, while 43 percent said no.

Has using a device or engaging in another distracting activity ever caused you to get in an accident? 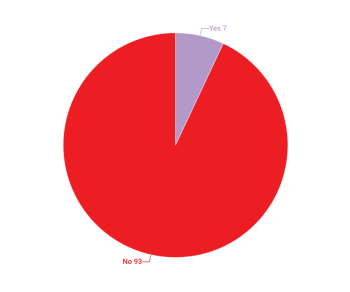 Around 7 percent of respondents had gotten in an accident as a result of distracted driving. “My error caused me to total my car and almost killed me and my passenger,” one respondent wrote in response to a later question, while another added, “I had an accident as a teenager while adjusting the radio, long before cell phones.”

Which of the following do you do behind the wheel on a regular basis? Did we miss anything you do regularly? 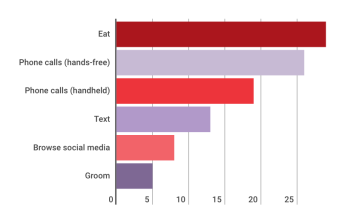 In addition to the above categories, 38 listeners added in—fittingly—that they listen to and fiddle with the radio while driving, and 27 report being distracted by a map app or their GPS. Music, podcasts and audio books engross 25 respondents, and 22 worry about distractions from passengers, including children and pets. Around 10 wanted to clarify that they only text at red lights—like guest host Susan Page. Finally, 3 said their road rage sometimes distracts them from the road, and one listener says they look away from the road at times to “count the people I see texting and driving.”

What’s the most surprising thing you’ve seen someone do while driving?

Many listeners have spotted avid readers on the road, with books or newspapers spread over the steering wheel, even on the highway! Additional common surprises include changing clothes, potentially dangerous personal grooming like shaving or curling eyelashes, intimate behavior, and eating meals—including spaghetti and cereal. Respondents even reported multi-tasking drivers, who were putting on make-up while talking on the phone, or eating and texting while behind the wheel. Some even saw other drivers putting in contacts, shucking corn, and curling weights.

Have you ever asked a friend or family member to pay more attention to the road? How did you do that, and was it uncomfortable? 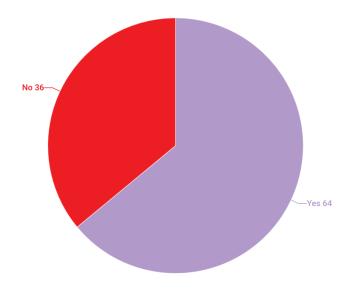 Around 64 percent of listeners had confronted a driver, and 36 percent hadn’t. A little less than half of respondents said they felt uncomfortable asking, or that asking had created an uncomfortable or tense situation.

They also offered a few tips for how to ask someone to pay attention to the road:

Above all, “I think shaming the behavior is our best weapon in stopping this dangerous practice, much like drunk driving,” a listener says. “I give a “hang up” hand signal to drivers when I have to honk at them. I’ve had drivers respond with a middle finger but I’ve also had people look ashamed and acknowledge the close call.” One respondent learned the hard way, but “after my accident it was very easy to tell them to knock it off!”

Has someone else’s distracted driving ever impacted you or someone you know?

More than half of respondents have yet to be affected, but most are worried—”I observe vehicles drifting from their lane and slowing down/speeding up for no reason on the mountain highway that I travel on a regular basis. I drive defensively to avoid accidents,” one wrote. “I fear this all the time,” another said.

“I recently lost a family member because a big-rig driver was texting,” a listener wrote. “My uncle was a father of 2 young children, stopped behind a school bus and lost his life because of someone else’s stupid text. Please never text and drive.”