How You Can Contribute To Press Freedom And Safety 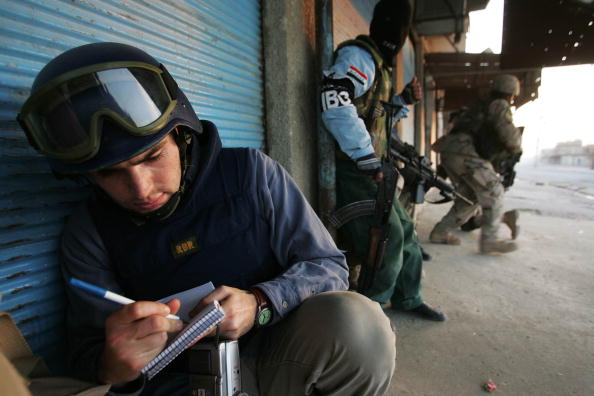 During our show on World Press Freedom Day, a panel of prominent experts discussed the dangers journalists face around the world. If you’ve been inspired by their conversation, two of our guests — Delphine Halgand of Reporters Without Borders and Dana Priest of the Washington Post — provide their top resources and suggestions below.

Donate to the fund to support families of American journalists kidnapped/jailed.

And, of course, you can donate to RSF.

Priest’s students at the Phillip Merrill College of Journalism at the University of Maryland run an organization called Press Uncuffed, which sells bracelets to raise money to help journalists around the world. She also likes the resources, including graphics, data, photos and campaign information, offered by the Committee to Protect Journalists, Reporters Without Borders and Freedom House.