Beer Is More Like Politics Than You Think, Says Gov. John Hickenlooper 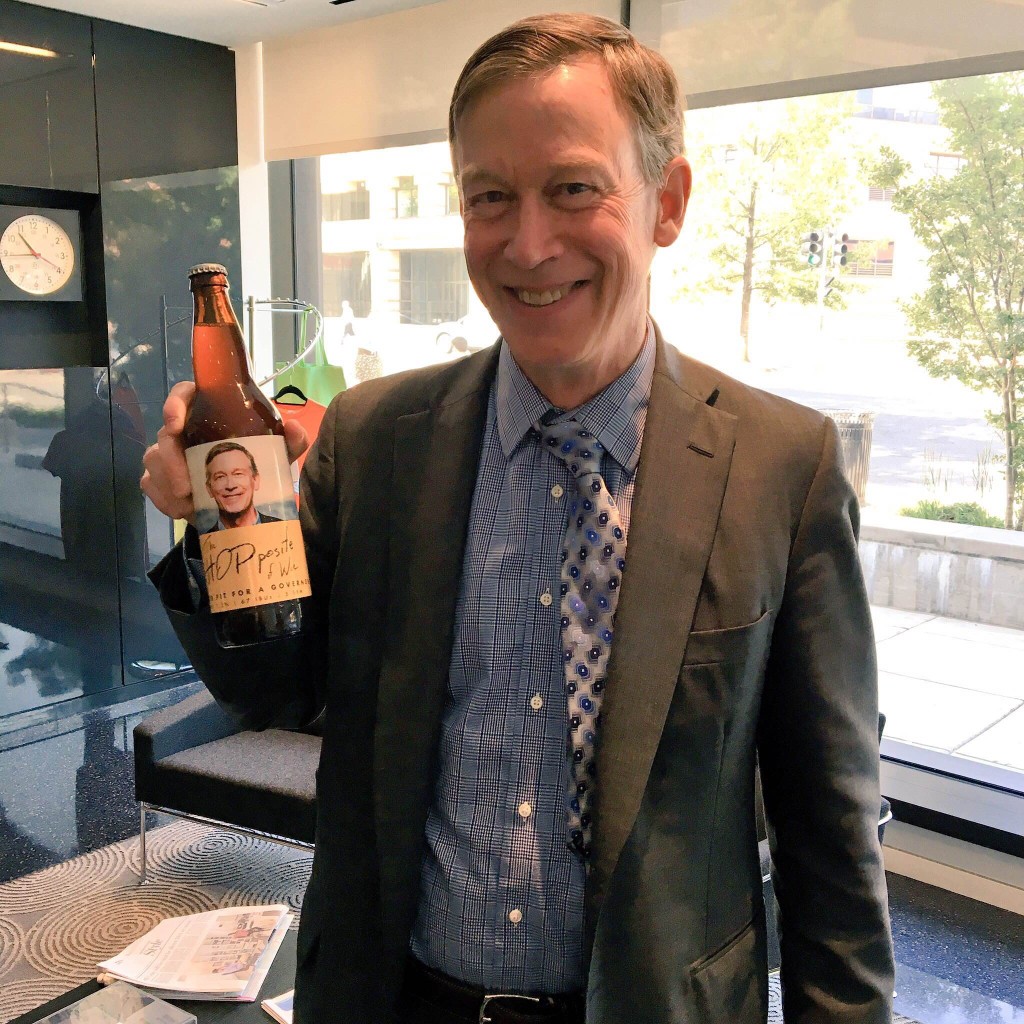 Gov. John Hickenlooper shows off the beer — The Hoppisite of Woe — brewed for the release of his book before our May 25 show . The Diane Rehm Show

Today, John Hickenlooper is in his second term as governor.

Nearly 30 years ago, Hickenlooper had just opened a brewery — not a likely path to the statehouse.

But beer and politics have more in common than most people think, Hickenlooper said in studio May 25.

He sat down with us after our show to talk about being a business owner, finding new beer — and how brewing is a lot like trying to make policy. (Really).

Did the experience of opening a brewery help your career in politics?

“It’s funny, I learned through the restaurant business that the best way to persuade someone to rethink their opinion is not to tell someone what you think, for many people that just turns them off, but … to really listen closely to what they believe and ask them to repeat it. It validates for people when they hear their own words come back to them. When you really listen to someone, they open up and they are more willing to come to a compromise. … I think we probably  need to do that more in government.”

What’s the difference between microbreweries and large national producers?

What advice would you give someone looking to break into craft beer, or looking to find a new beer they like?

His advice: Find what’s local — and keep an open mind.

Hickenlooper says his favorite beer depends on the season.

Activists — like Martin Luther King Jr. — are like yeast: you need them to stir up the process. Politicians — like Lyndon B. Johnson — are like the brewers, bringing the ingredients together to make change. In rare cases — Ghandi — you see both, Hickenlooper said.

Who would you most like to have a beer with — and why?

Want to hear more from Hickenlooper? Listen to our full May 25 show.