How Muhammad Ali Became A Symbol Of Grace 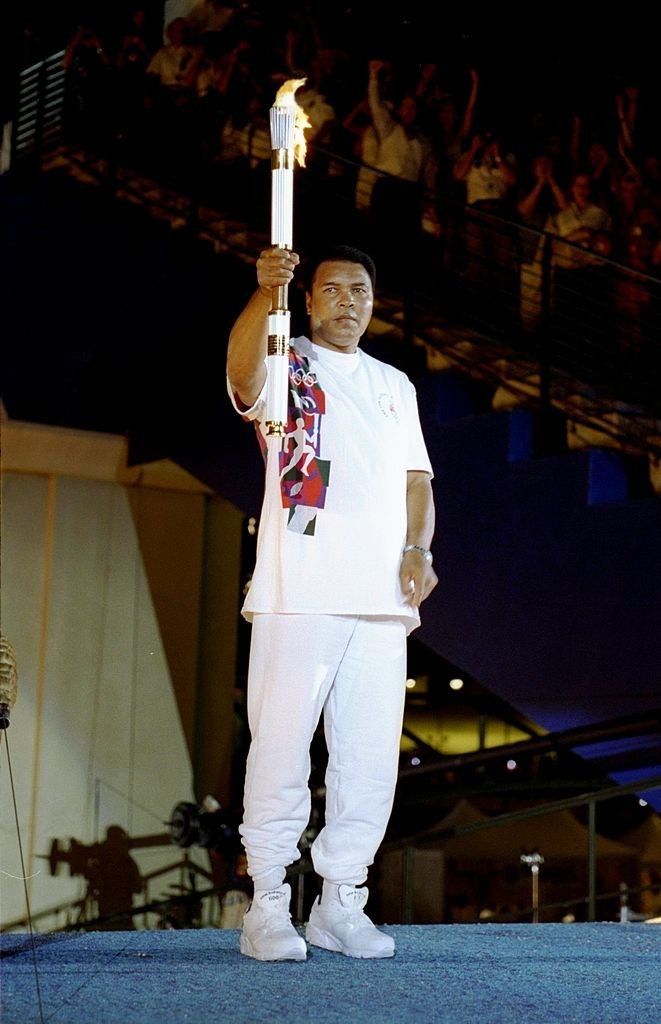 Muhammad Ali holds the torch before lighting the Olympic Flame on July 19,1996 during the Opening Ceremony of the 1996 Centennial Olympic Games in Atlanta, Georgia. Michael Cooper/Getty Images

We know Muhammad Ali was an iconic athlete and outspoken activist. But Pulitzer Prize-winning dance critic Sarah Kaufman of The Washington Post says he should be remembered as an artist, too. In fact, in many ways, he was more like a dancer than a rough-and-tumble fighter.

Muhammad Ali died June 3 at the age of 74. We sat down with Kaufman to reflect on the heavyweight and his dancer-like grace that she says was part of what made him such a mesmerizing figure.

Listen to our full conversation by clicking the orange “play” icon below.

On boxing and grace

“His sport was all about pain and fighting and yet he came at us on all three of the plains with which we associate grace: the physical, the social and the spiritual.”

On having Parkinson’s disease

“We can all embody grace on all of these levels … and  Muhammad Ali … pointed that out: that it does not have to rob you of your inner grace and ability to connect with people.”

On being an artist

“He wasn’t just a skilled athlete in command of all of his physical faculties. He actually had an artistic talent … like his ability to move backward, which was also surprising in its agility. Most boxers didn’t move backward; that was a retreat. [But it became] such an artistic element of his whole manner of fighting … it’s agility … it’s elusive.”

Sarah Kaufman wrote about Ali’s grace for the Washington Post, where she is a dance critic. You can read more of her work here.