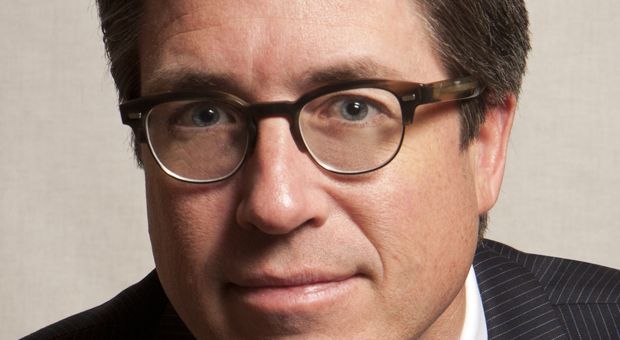 Characters of loyalty and betrayal are at the core of great stories that move us: Huck Finn, Brutus, and Judas. Many consider loyalty as essential to every relationship of our lives. It provides the bonds of love, family, and friendship. Loyalty can also be burdened with complications and conflicts. It forces us to choose who and what counts in our lives – from siding with one friend over another to deciding whether or not to stray in a marriage. It also compels us to face conflicting claims of fidelity to country, employers, and even ourselves. Diane and her guest explore the rewards and challenges of loyalty.

Mr. Felten stayed after the show to answer a few more questions.####

Q: Doyle Brunson, the famous poker player, makes deals worth enormous amounts of money with nothing more than a handshake to cement the deal. If a man isn’t willing to shake his hand and forego a signed agreement, I believe Doyle will even refuse to do business with him. What happened to that type of trust that we believe a man’s word and honor less than we trust the binding words of a piece of paper, which most of us don’t read or understand anyway?
– From Brian via email in San Antonio, TX

A: Contracts are marvels of social organization, but they are a very expensive way to make commitments to each other. There’s the lawyering up front and then the litigation over disputes on the back end. Brian is absolutely right that trust is simpler and more efficient. And that’s where loyalty – the virtue of being trustworthy – comes in. If you can establish your loyal bona fides people will be willing to do business with you on the basis of your handshake. It is one measure of how empowering loyalty can be.

Q: Two questions: Do we learn loyalty best by experiencing examples of loyal behavior or by being betrayed? Do you feel loyalty and other virtues are being taught in our education system? If not, should they be?
– From Rachel in D.C.

A: I think we learn loyalty at home if we’re lucky. But also we learn it from literature. Great dramas and tragedies often turn on questions of loyalty as characters try to solve terrible dilemmas that can come from conflicting loyalties. Reading Shakespeare’s Julius Caesar teaches us something, after all, of what happens when loyalty unravels.

Q: I want to disagree with your and your guest’s characterization of marriage. First, it is debatable whether or not marriage as “a simple statement of loyalty” (as your guest put it) works today, given the high rates of marital infidelity and divorce today. Moreover, marriage itself is a civil contracts just like premarital agreements! Both involve government involvement, lawyering and adjudication. Indeed, marriage evolved into a civil contract because people needed the state to protect their property, custody of children, and certain rights in marriage and in case it ended. While we may like to romanticize marriage as a simple commitment of two people to each other, the personal and social aspect of that kind of commitment do not require marriage whatsoever. – From John in Syracuse, NY

A: I think that loyalty is essential to marriage in a myriad of ways. Infidelity, of course, is profoundly destructive of the commitment spouses have to one another. But there are simpler questions of loyalty: Do you keep your spouse’s secrets, or do you indulge with your friends in pillow talk? Does the newlywed husband whose wife is at odds with his mother side with his new wife or hew to his mother? These are questions of loyalty, and they point to the centrality of loyal commitment in the success of any marriage.