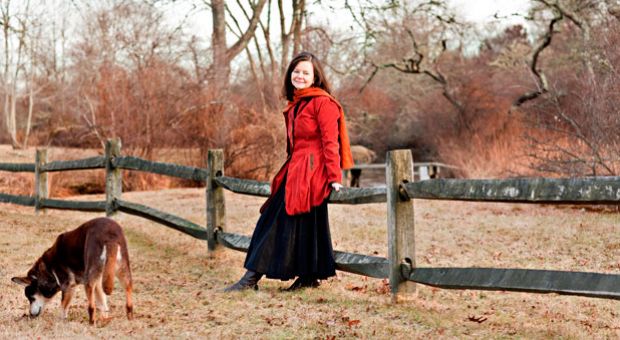 In 1665 a young man from Martha’s vineyard became the first native American to graduate from Harvard College. Beyond his name and the fact that he died only a year later almost nothing else is known about him. Pulitzer Prize winning writer Geraldine brooks uses these slim facts as the starting point for her newest novel. Drawing on period detail she imagines his life story and the uneasy relations between Native Americans and the English settlers on the island of Martha’s Vineyard and on the streets of Cambridge. Geraldine Brooks joins us to talk about her newest book and her career as a writer.

Ms. Brooks stayed after the show to answer a few more questions.####

A: Dear Nickie,
I started thinking about the story in the late 1990s but only sat down to write it about three years ago. I spent quite a lot of time listening to Wampanoag elders, both in person and in oral history recordings, and diving into archives of early Harvard before the story started to take form in my mind.

Q: Is there an Australian story through the past that the author can think of that might compare with her new novel? Congratulations on your Pulitzer Prize.
– From Shawn via Facebook

A: Dear Shawn,
Yes — actually I tried to work on it for a while, but the narrator’s voice never came together for me. It was about Jane Franklin, the wife of the Tasmania governor at the time of the Aboriginal wars and near genocide, who adopted an Aboriginal child and tried to turn her into an English “lady” with tragic consequences. I am now thinking about a different Australian historical novel that also will involve indigenous/colonial relationships…I’m hoping that this time I will be able to find my narrator’s voice.

Q: I’m really enjoying the show, and am wondering about William and Mary College in Virginia. It was founded just after Harvard and, I believe, had Native American boarders from its inception. Does the author know anything about this, and how it fits into history? – From David via Email

A: Dear David,
I’m afraid my knowledge of William and Mary is scant – but it is an interesting question as I think it was a Catholic school and I wonder if that made any difference, for better or worse…

Q: *Such an interesting show! Have not yet had a chance to read her book, but will do so now! I wonder if your guest can comment on John Eliot and the Natick Indians. In my junior year E. O. Wilson mentioned that at the very first Harvard Commencement in 1636, the local Indians were invited to take part in the festivities, but after soundly defeating the English, they were never invited back. (Does she know about that?) I’m a writer, and grew up in Boston, Cambridge, Martha’s Vineyard and Nantucket before traveling to Australia and writing Swimming With Crocodiles. *
– From Will via Email

A: Dear Will,
I have to get your book — love the title. In fact Commencement was THE big party in Cambridge for many years and accounts say that Indians took part in the celebrations. I’m sure that all fell apart after King Philip’s War when relations became embittered and riddled with tensions of all kinds.