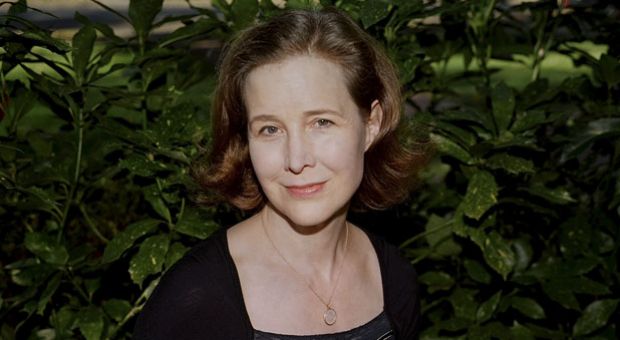 Writer Ann Patchett describes herself as a housewife with a dog, who rarely leaves the home. But she has an adventurous imagination. Her sixth novel starts in Minnesota and quickly takes readers on an Indiana Jones-type journey deep into the Amazon. A female doctor is sent by the pharmaceutical company who employees her on an odyssey into the jungle. Her mission: to find a missing scientist and the secret lab where she’s developing a drug that acts like the fountain of youth for women. It’s a tale of medical ethics, cultural respect, friendship and love.

Patchett says that she’s perfectly happy imagining places that she may not necessarily have visited in person as settings for her novels. She did visit the Amazon, though, and said she thought it was the most beautiful and exciting place she had ever been for about three days. But by the seventh or eighth day, she says, she would have sold her soul to get out because the leaves and jungle cover were making her claustrophobic.

Patchett also experienced some of the Amazon’s wildlife more closely than she would have preferred. On a boat tour, one of the fellow passengers, who turned out to be a naturalist, pulled a 15-foot anaconda into their skiff. “I wanted to leave that boat. I did,” Patchett said.

When she’s writing, Patchett says, her characters come alive for her and she believes in them completely. “However, I will say that I am not one of those writers who says, and then the characters took the novel over and I had no idea what was going to happen and I was just typing like mad and they were talking, talking, talking. No,” she said.

“Someone asked me at a reading last night, do you miss your characters when the book is over? Never. And I never think of them again. When the book is over, it’s finished, I never read it again once I’ve finished copy editing it. I never have gone back and looked at any of my books,” Patchett said.

Patchett surprised some listeners by revealing that she is opening her own bookstore where she lives in Nashville. “We lost our independent bookstores,” she said. “There is not a bookstore in Nashville…I can’t live in a city that doesn’t have a bookstore.” Patchett says she hopes to have the store up and running by Christmas.