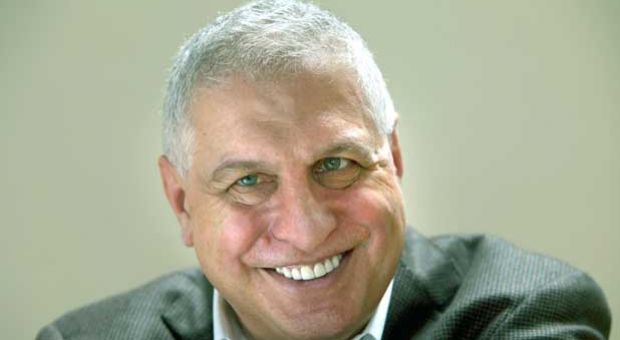 Errol Morris is well-known for making documentary films. “The Thin Blue Line” is credited with helping overturn a murder conviction. And “The Fog of War” – an intense conversation with former Defense Secretary Robert McNamara interspersed with images of war – earned Morris an Oscar. His films challenge viewers to take a second look, a third – and more. Nothing is as it seems at first glance. Lately Morris has turned his attention to writing. In a new book, he explores his fascination – some might say obsession – with photographs. What they reveal and, just as often, what they conceal. Guest host Laura Knoy talks with the author and filmmaker about the mystery inherent in every photograph.

Errol Morris’ father died when he was not quite three years old. His only visual knowledge of his father came through photographs. Ever since, Morris has been, more or less, obsessed with the relationship between images and reality. His documentary films have won numerous awards including an Oscar for “The Fog of War.”

Morris: “My own believe is that detectives are born, not made. When I was working as a detective and an unemployed filmmaker, I had gotten some money from public broadcasting to start work on what became ‘The Thin Blue Line,’ a two- and-a-half-year investigation into a murder in Dallas, Texas. And I said well, thank God I don’t have to be a detective anymore. But of course, that was untrue. I continued doing what I was doing all along. There’s an investigative element to all of my movies. What amazes me over the years is the overlap between being a detective, a investigator, a journalist, how they all somehow coalesce.”

One Main Rule for Journalism

“It really doesn’t depend on how you tell the story, it depends on your commitment to try and uncover the truth. That should be at the center of any journalistic enterprise. Am I sad that “The Thin Blue Line,” which is probably the film that I’ll be remembered for, was not nominated for an Oscar? You bet ya. But I’ve gotten over it and I did win an Oscar for another film.”

The Power of Photographs

“Photographs connect us to reality, to the world. Part of that is my fascination with documentary filmmaking. It is trying to recover really what’s out there, what’s out there in the world. What’s true, what’s false, what exists, what is mere fantasy.”

Morris explored some of the disturbing images that came from army personnel at Abu Ghraib prison in Iraq, and found that many of them were much more complex than they seemed at first glance. “We often read about war stories after the fact, about soldiers trapped in a situation where there is no moral clarity. We may like to think that there’s always moral clarity. But trapped in a situation where seemingly there is a lack of any kind of moral clarity, then what do you do? What is right and wrong in that context?”

Excerpted from Errol Morris’s “Believing is Seeing: Observations on the Mysteries of Photography.” Copyright 2011 by Errol Morris. Excerpted here by kind permission of Penguin Press HC: