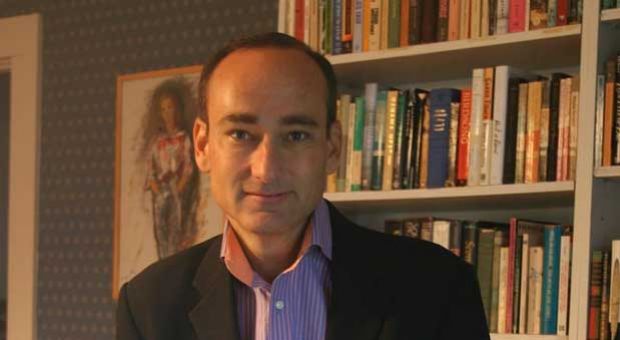 Best-selling author, Chris Bohjalian, has made a reputation of being unpredictable. He has written novels about holistic medicine, tran-sexuality, and water dowsers. And his most acclaimed novel is centered on the trial of a midwife. In his latest book, Bohjalian tells a ghost story inspired by a door in his basement and Sully Sullenberger’s successful ditching of an Airbus in the Hudson River. Set in rural New Hampshire, it features ghosts, herbalists who may or may not be witches, and a family thrust into a realm where only uncertainty is normal. Chris Bohjalian joins guest host, Steve Roberts, to talk about defying expectations and the art of fiction.

Chris Bohjalian said he never wants to write the same book twice. The bestselling author of “Midwives” has written about the accidental shooting of an animal rights activist, interracial adoption, and a love story set in Poland in World War II. His latest novel takes on two new subjects – post traumatic stress disorder and herbalism. The book, his first ghost story, is titled “The Night Strangers.”

Why Do We Love Ghost Stories?

As a child, Bohjalian had a paperback of Edgar Allen Poe’s collected works that he loved. He recently pulled it down from his bookcase and was delighted to find that he had written big stars and underlines throughout “The Cask of Amontillado.” “To a certain extent, the ghost story plums that great subterranean part of our minds, our unconscious,” Bohjalian said. He also thinks ghost stories can be strangely comforting in that they give us the idea that when the coffin closes, “the show isn’t necessarily over.”

Ideas for Fiction Rooted in Reality

Much of the scariest action in “The Night Strangers” takes place in one of the all-time scariest archetypal places of the American childhood – the basement. (Closets and under-the-bed are obvious runners-up). A commercial airline pilot who had a disastrous water ditching that resulted in the death of three-quarters of his passengers finds a door in his basement that is nailed shut. Bohjalian imagined what might have happened if Captain Chesley Sullenberger’s “Miracle on the Hudson” flight had not had the same successful outcome, and what kind of lasting psychological scars a traumatic event would have had on such a good man. The idea for the door came from a real door in Bohjalian’s own old Victorian house that was nailed shut when he moved in. It took him 3 years to get up the courage to pry it open, only to find nothing at all behind it.

Dead Ends and Ways Forward in the Writing Process

At times, Bohjalian has had the experience of starting to write a book and realizing that someone else has already written a similar – and better – one. “Or, and Ann Patchett talked about this movingly once in a New York Times essay, you get halfway through a book and you realize I’m not capable of writing this book, I’m not good enough, this isn’t the great American novel,” Bohjalian said of his writing process. If that’s the case, he gets to the end of a first draft and hopes there is a way to salvage the work in subsequent drafts.

Bohjalian’s career path to becoming a writer began in the advertising business. He wrote every day before work, between 5 a.m. and 7 a.m., and a few nights a week. He wrote his first three novels that way. It was when his daughter was born that he realized he could no longer juggle being a novelist, an ad guy, and a dad. “I was really fortunate because as soon as I jumped off this cliff, Hallmark suddenly parachuted into my life and made a movie out of my third novel “Past the Bleachers.” Not a very good book, but a really delightful made for TV movie,” Bohjalian said.