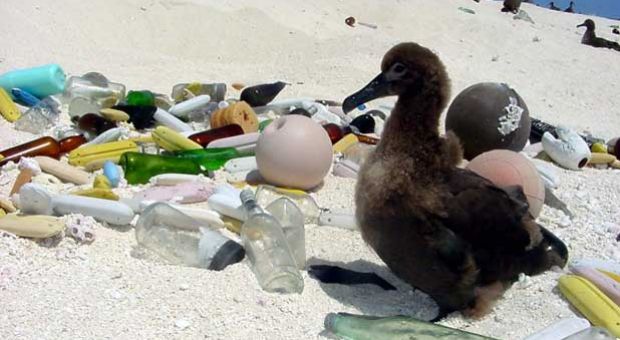 In this month’s environmental outlook: the looming perils of plastic pollution. Captain Charles Moore has been credited with discovering what’s commonly referred to as “The Great Pacific Garbage Patch.” On a voyage in 1997, he took a detour between Hawaii and California and ran into an atmospheric phenomenon known as the doldrums. Becalmed for more than twenty days, he noticed plastic littering an immense section of the northeastern Pacific Ocean. And now, more garbage is on the way. Scientists estimate up to 20 million tons of debris from Japan’s tsunami is making its way toward Hawaii.