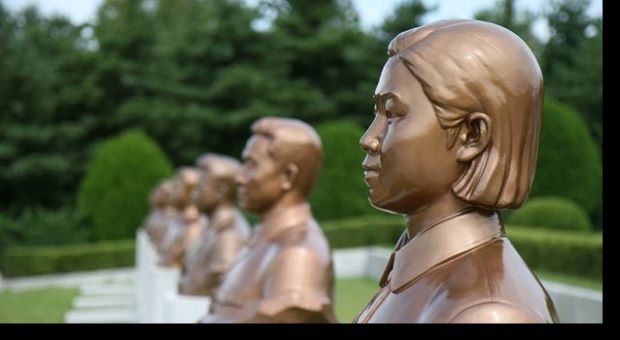 Diane talks to author Adam Johnson about his new novel, “The Orphan Master’s Son” which follows a young man’s journey through the icy waters, dark tunnels, and eerie spy chambers of the world’s most mysterious dictatorship, North Korea.

Q: I have a long and very deep interest in North Korea, and I would like to go. I am interested in exploring the nature of its eastern coast as well as some of its monasteries in the mountains in the northeast and southeast of the country. Will they let me travel there? I have a dual citizenship – Bulgarian and American. As a Bulgarian, will it be easier? Thank you. – From Teodora via Email

A: It is possible to visit the DPRK as an American. The KITC often works with an American travel agency:

Remember that a trip there won’t be a pleasure trip, and there will be many inconveniences. However, I think it’s one of the most stimulating and fascinating places to visit in the world. It’s safe there, without any crime, and the Korean people are famous for their hospitality. Also, bring antibiotics.

Q: Given the centrality of cinema to your novel, what do you make of reports of Kim Jon Il’s fascination with American movies? – From Martha via Email

A: Kim Jong-il was a famous collector of movies, with a library of 30,000 movies, most of them American, according to Kenji Fujimoto, who was Kim Jong-il’s sushi chef before he escaped.

Kim Jong-il was so obsessed with making movies that he kidnapped and imprisoned South Korean actress Choi Eun-hee and her Director husband Shin Sang-ok, imprisoning them until they agreed to make a communist Godzilla movie named Pulgasari.

Adam Johnson’s pictures from his trip to the Democratic People’s Republic of Korea:

Pak Jun Do, the hero in “The Orphan Master’s Son” is not actually an orphan, but he is one of North Korea’s many faceless citizens. His adventure takes us from primitive villages to darkened DMZ tunnels to inhumane labor camps. But working with such grim material has not stopped Adam Johnson from writing a surprisingly fun thriller, set in one of the most mysterious countries on earth.

Johnson took his first trip to North Korea in 2007. At the time, it was very hard to arrange travel there as an American, but now, Johnson said, American passport holders who can pay cash to travel there are welcomed because the place is so currency-starved. When he arrived in North Korea, he was struck right away by the fact that there were no planes in the sky. There is only a once-a-week flight from Beijing and a twice-a-month flight from Vladivostok. “It’s eerily quiet,” Johnson said – no cell phones, no pets, and few automobiles. “There’s no advertising and I didn’t realize quite how much, as an American, I was used to seeing a message for commerce on every surface,” he said.

On his way into town from the airport, Johnson was escorted by people he called his “minders” who were there to assist him and translate. He saw a truck coming toward them with many people riding in the back – one man carried a briefcase, and another woman wore a lab coat. When he asked his minders who they were and where they were going, the minders told him that they were volunteers who were going to harvest rice. When Johnson asked if they were really volunteers, his minders replied that everyone volunteers in North Korea.

“As a writer and a reader and a teacher of creative writing, the notion of narrative became one of my touch points of fascination for writing about North Korea,” Johnson said. As an American, and in the stories Americans tell about themselves, each person is the center of his or her own story, he said. We’re individuals. “But in North Korea, it’s just the opposite. There’s one story. It’s written by the regime, by Kim Jong-il himself actually and Jim Il-Sung before him and now Kim Jong-un. And in that story, there’s one, beatific, benevolent leader bringing a nation forward into prosperity and that leadership assigns roles to everyone else in the country and that’s makes a nation of millions of secondary characters,” Johnson said.

The Kim regime has already made a 1984-like society, Johnson said. “They have total control…an important thing about the country is that there’s no alternative version to the one the Kim Regime has put out,” he said. “I think what’s happening in the DPRK is the most wicked human experiment that people have ever conjured.”