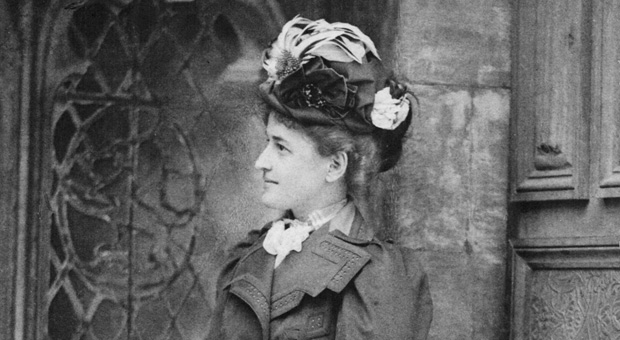 On the eve of the Girls Scouts’ centennial, Diane and her guest discuss the life of its founder, Juliette Gordon Low. Known as “Daisy,” Gordon Low wanted American girls to share in the independent skill-building activities that the British Girl Guides enjoyed. From her living room in Savannah, Georgia, Daisy recruited and formed troops for the organization that would eventually become a national movement.

More than 50 million young women have been Girl Scouts at some point in their lives. Girl Scouts of the U.S.A. celebrates its centennial next month. Historian Stacy Cordery has written a new biography about its creator. The book is titled “Juliette Gordon Low: The Remarkable Founder of the Girl Scouts.”

Cordery was in the Brownies when she first learned about Low, and she was very impressed that Low had accomplished so much in spite of her disability (she was deaf). Low wasn’t born deaf; she had been plagued by ear infections and problems her whole life, and in her teens, a doctor attempted a treatment involving silver nitrate, which severely worsened her condition. On her wedding day, a piece of rice got lodged in her ear and caused further infection, worsening her condition even more.

Low grew up in Savannah, Georgia, one of six children in a fairly wealthy family. Born in 1860, her early life was affected by the civil war. Her mother was from Chicago; her father, a proud Georgian who fought in the Civil War for the Confederates. “So her early years then were colored by the privations of war and the fact that her father was this, you know, larger than life romantic figure in this Confederate uniform. And all the glory to people around her were in these uniforms and I think that, like most children who are lucky enough to avoid the battle for it itself, she played games about war with her sisters and so forth,” Cordery said.

Low married a young Savannah man with roots in England, Willie Low, but it was a difficult marriage. Low had a mistress, and Juliette threatened to divorce him. But he fell ill, and she felt she had to drop the divorce proceedings. When he died, he left his fortune to his mistress. Low learned that life is unpredictable.

The Start Of The Girl Scouts

Low had worked as a volunteer in settlement houses in England, and she e3ventually started a girl scout troop in Scotland, for poor girls. “So she saw how her guiding experiences helped these girls to, she believed, a better future. She gave them solid skills and fun and tea. You know, food is always helpful when you are bringing kids together,” Cordery said. “She thought these girls would be better served if they could get some kind of economic independence,” she said.