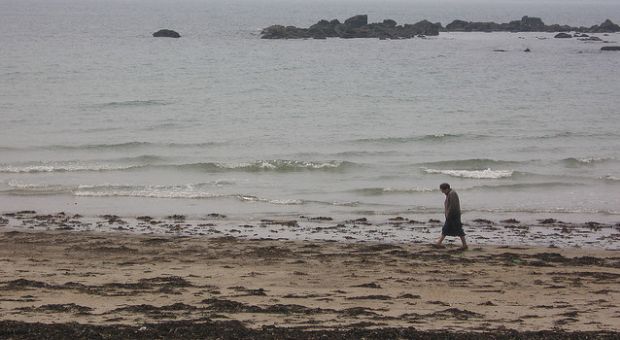 Kate Chopin’s “The Awakening” was written in 1899. It’s the story of Edna Pontellier, a young wife and mother, who falls in love with the son of a friend while on vacation in Grand Isle, Louisiana. When “The Awakening” was first published it sparked moral outrage and disturbed readers. Now it’s considered a feminist landmark. But in the late 1800’s, feminism had barely found its voice in the South. Edna’s desire to find her true self defied social conventions and she is literally swept her away on her journey of self-discovery. For our April Readers’ Review: Kate Chopin’s “The Awakening”.

Kate Chopin’s turn-of-the-century novel “The Awakening” is our Readers’ Review book this month. With talk of the so-called war on women in this election year, it seems particularly relevant to return to this landmark feminist novel. Our guests discuss the book and its significance today.

The Word “Depression” Not Used In The Text

Though the novel deals with themes of depression, the actual term is not used in the text – possibly because, Miller muses, it just wasn’t part of the terminology at the time. Edna, the main character, is thrown in to a culture she isn’t familiar with. Up until she marries, she’s been used to a very Presbyterian-Protestant life. After her marriage, she goes to New Orleans and is exposed to the freer Creole culture. “They play a game that she doesn’t understand and that she can’t master,” Warner said.

“It Was Considered A Scandal”

The book, when it was first published, “was considered a scandal. It was absolutely rejected. It was considered vulgar. The writing was considered to be terrible,” Warner said. About ten years after Chopin’s death, people started recognizing its worth. “It wasn’t really valued and recognized as a feminist work until, of course, much later, until we had the vocabulary to see it that way. But I just wondered how much of the ending followed necessarily from the character or how much was it a structuring device that served some other purpose? And I don’t know,” Warner said.

Edna, like many women who had few options in the past, felt isolation keenly. A caller who is a stay-at-home father pointed out that anyone who stays home with children primarily is at risk for feeling this kind of isolation today. “I love staying home with my son, but it is so alienating because mothers do not like to associate with me when I take my son places because there is just a social stigma about stay at home fathers. And so I just wanted to point out that it is something that has come to light for women and that’s a good thing, but I would like to see it sort of come to light more for men as well,” the caller said.