Environmental Outlook: Jellyfish And The Health Of The Ocean

Environmental Outlook: Jellyfish And The Health Of The Ocean 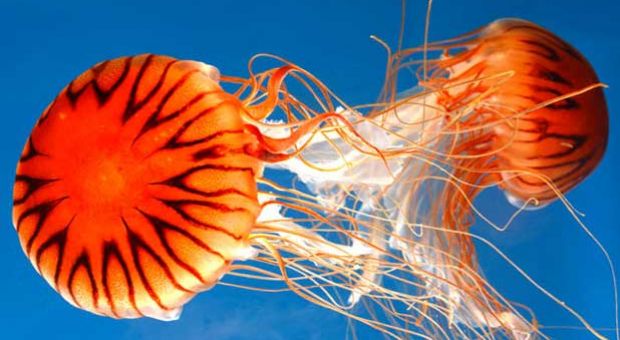 Jellyfish are over 560 million years old. They have no brains and no spines, yet these gelatinous animals are among the worlds’ most successful organisms. While other creatures evolved to develop tails and feet, jellyfish continued to thrive staying just the same. But lately scientists are concerned the animals are thriving too well — overrunning beaches, forcing nuclear power plants to shut down and disrupting the ecosystem. And experts say it is human-caused changes to the environment that’s behind the rise in jellyfish. For our June Environmental Outlook, Diane and her guests discuss jellyfish and the health of the ocean.

Jellyfish At The National Aquarium

Courtesy of the National Aquarium