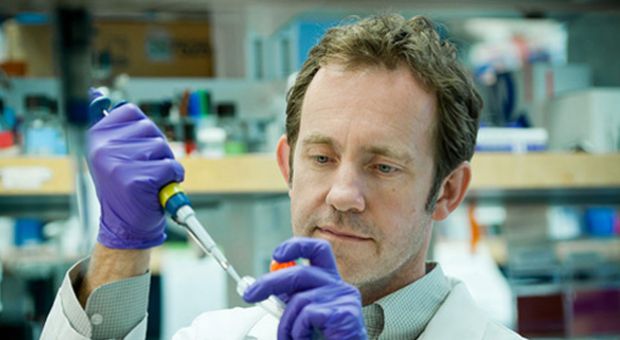 Matthew Farrer, appointed to the Dr. Donald Rix B.C. Leadership Chair in Genetic Medicine, works in his lab at the University of B.C. The Province’s Leading Edge Endowment Fund chair supports the world-class scientist’s work in identifying genes related to Parkinson’s, which is expected to lead to therapies that will arrest and prevent the disease. Flickr user BC Gov Photos

Every year, 60,000 people in the U.S. are diagnosed with Parkinson’s disease. The devastating neurological disorder occurs when cells in the brain don’t produce enough dopamine. Most people know Parkinson’s for its physical symptoms: tremors, stiff muscles and slow movement. But the disease can also be marked by cognitive impairment and depression. And doctors now believe that Parkinson’s can cause changes to the brain years before it presents any physical symptoms. As public awareness increases, a discussion about the latest treatments for Parkinson’s, prospects for a cure, and the personal story of journalist Michael Kinsley.