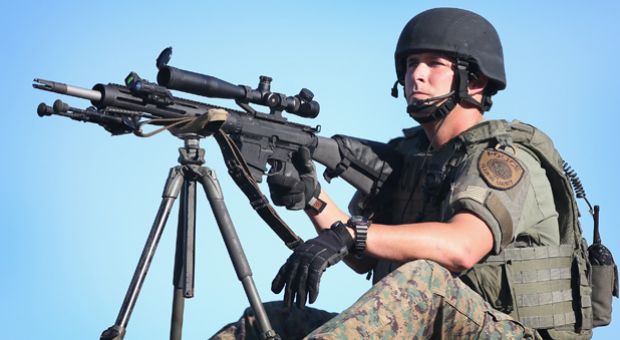 More than a week after the shooting of unarmed black teenager Michael Brown, the city of Ferguson, Missouri is still in turmoil. Protests became increasingly violent this weekend, prompting the governor to impose a midnight curfew and deploy the Missouri National Guard to the city. Brown’s death has reignited the anger of many who say minorities today are still disproportionately targeted by law enforcement. In the wake of several other recent deaths at the hands of police, there are also renewed calls for a review of when lethal force against civilians is justified. We discuss police tactics, minorities and the use of deadly force.