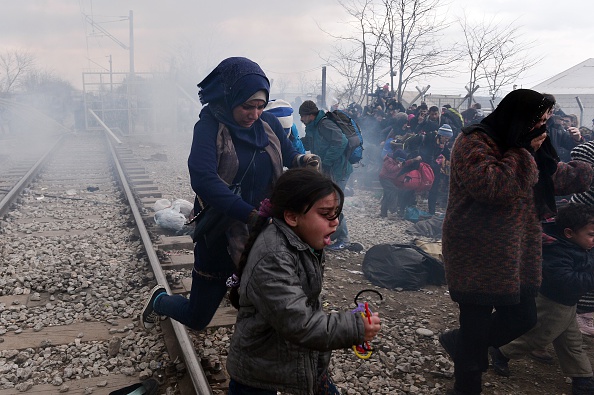 Migrants and refugees run away from tear-gas and stun grenades after Macedonian police fired tear gas at hundreds of Iraqi and Syrian migrants who tried to break through the Greek border fence in Idomeni, on February 29. Louisa Gouliamaki/AFP/Getty Images

The U.N. says a ceasefire in Syria is largely holding, but there are some reports of violations. A top E.U. official warns economic migrants against coming to Europe. The U.N. Security Council adopts new sanctions on North Korea over its nuclear weapons program. Moderates and reform candidates make significant gains in Iran’s national elections. And gulf Arab states declare Lebanon’s Hezbollah a terrorist group, a move signaling escalating tensions between Saudi Arabia and Iran. A panel of journalists joins guest host Tom Gjelten for analysis of the week’s top international news stories.