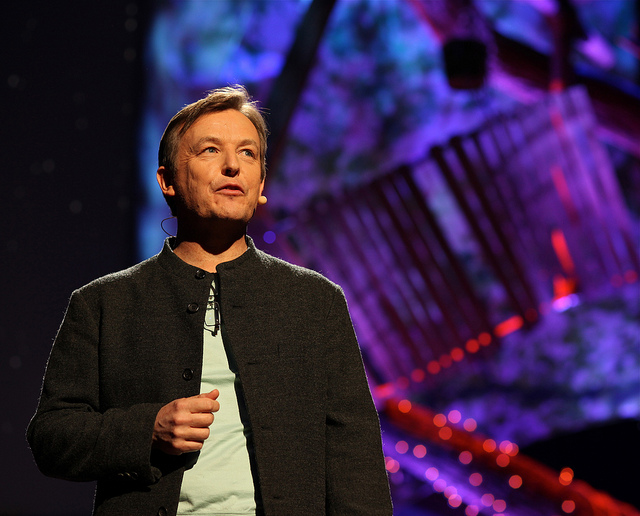 Chris Anderson, curator of TED, speaks at the TED conference in 2013. Steve Jurvetson/Flickr

Thirty years ago, a famous architect and designer summoned three hundred of his friends to Monterey, California to discuss technology, entertainment and design. In the years that followed, these “TED Talks” featured influential speakers to an invitation-only audience. But in the late 1990s, the conference was struggling and on the verge of collapse. Then in 2001, publishing entrepreneur Chris Anderson bought it and began posting TED Talks online. The speeches went viral and today, those videos are being watched millions of times a day. Diane talks with the president of TED about making knowledge accessible, and the do’s and don’ts of public speaking.