Turmoil In The GOP: Trump’s Defiant Strategy And What It Means For His Party

Turmoil In The GOP: Trump’s Defiant Strategy And What It Means For His Party 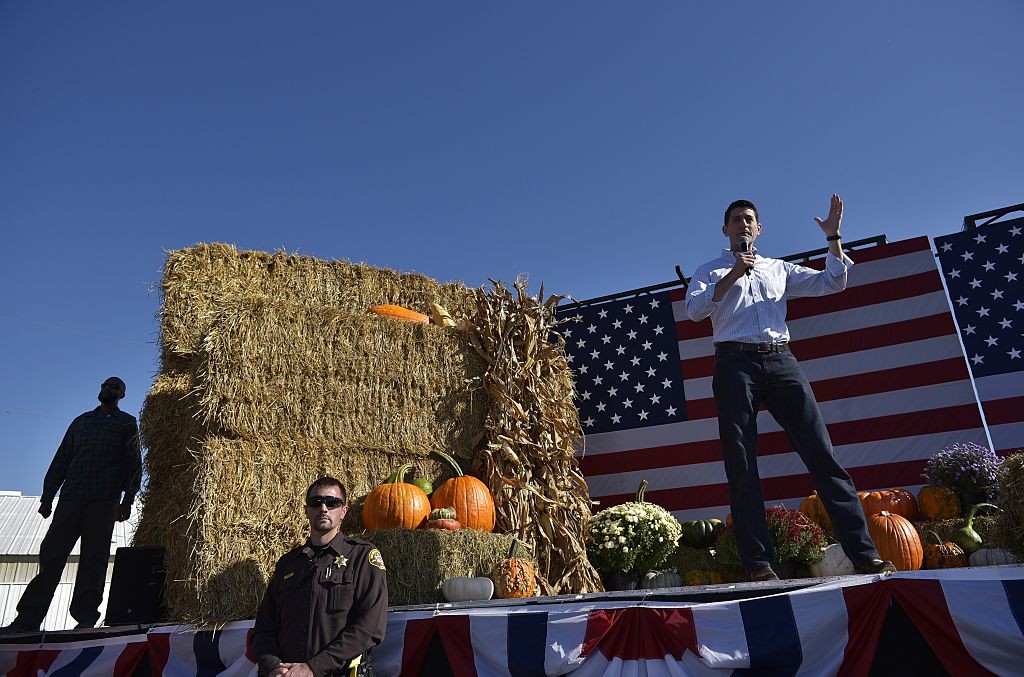 House Speaker Paul Ryan speaks during the 1st Congressional District Republican Party of Wisconsin Fall Fest on October 8, 2016 in Elkhorn, Wisconsin. US Republican presidential candidate Donald Trump was scheduled to attend with Ryan, who said he was "sickened" by lewd and misogynistic comments Trump made in a 2005 video, disinviting him from the political event in Wisconsin. MANDEL NGAN/AFP/Getty Images

On Monday, the highest-ranking Republican in the nation said something extraordinary: He would not defend or campaign for his party’s nominee for president, Donald Trump. This came amidst a kind of mass panic within the GOP, after a tape revealed Trump making offensive comments about women and bragging about sexual assault. The Republican National Committee said yesterday that it stands with Trump, but many Congressional Republicans are distancing themselves. Chief among their concerns is the effect of all this on down-ballot races. Can Republicans hold on to control of Congress? We look at the GOP as it weighs its next steps following a crisis for the Trump campaign.