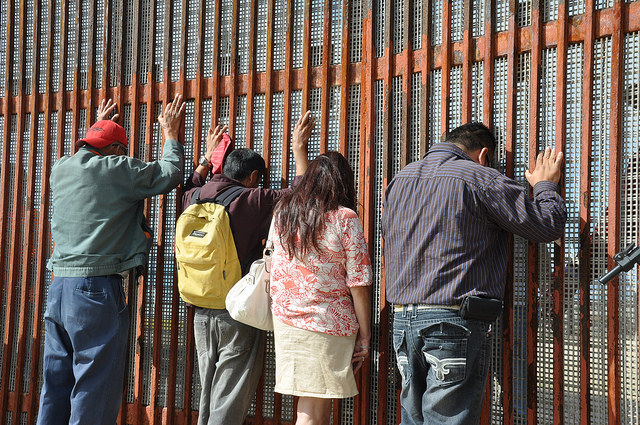 Four migrants detained at the border in 2014. BBC World Service

There has been much tough talk about using force against North Korea. But what would that actually look like, and what would that mean for the U.S. and the Korean Peninsula? Yochi Dreazen, foreign editor at Vox, argues it is critical to ask these questions in order for the country to plan a way forward.

Then, as politicians in Washington struggle to make progress on the issue of immigration, Susan talks to a former border patrol agent about his experience.

And Susan Page shares her thoughts on how the #MeToo movement is forcing change in ways she’s rarely seen in several decades of covering national politics.