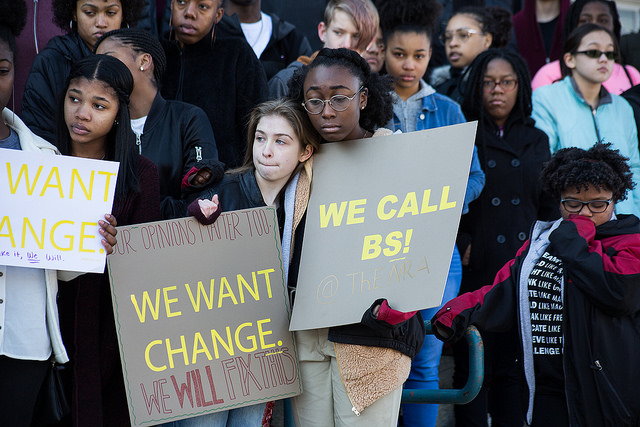 Students at Community High School in Richmond, VA. participated in the National Walkout on March 14 honoring the student who died in Parkland, Florida. VCU CNS/Erin Edgerton

Student-led protests are planned across the country this weekend under the banner “The March for Our Lives.” The teens are calling for safer schools and restricting access to guns. But can this reform effort succeed where others have failed?

Daniel Green is a high school senior from Washington D.C., one of the many students inspired to join the youth movement created in the wake of the Parkland shooting. He tells us why he has hope the students will be heard.

And for a broader look at the protests and what school violence in America really looks like, Diane talked to John Woodward Cox and Wesley Lowery of The Washington Post.

Then, about a decade ago Lisa Genova self-published the book “still Alice” about a woman struggling with early onset Alzheimer’s. It went on to become a best-seller and an Oscar-winning film. Since then, Genova has written four books, each exploring a different neurological disease or disorder. Her latest is called “Every Note Played” and tells the story of a man recently diagnosed with ALS.