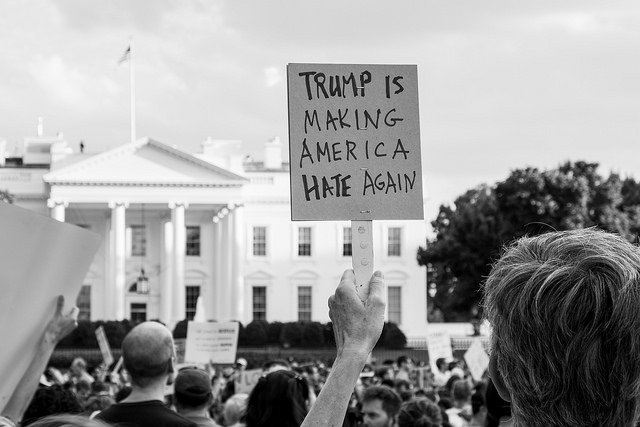 Protesters gathered in front of the White House last August to show their opposition to the white supremacists rally in Charlottesville. Michael Sessum

Jon Meacham is a Pulitzer Prize-winning historian known for his biographies of Andrew Jackson, George H.W. Bush and Thomas Jefferson. But after the violence that broke out last year at the white supremacist rally in Charlottesville, he started thinking about our country’s divisions. His conclusion? We have been here before. Meacham joins Diane to talk about his new book, “The Soul of America: The Battle for Our Better Angels,” and says our past provides hope for overcoming division and fear.

Then, Mary Higgins Clark is often called the “Queen of Suspense.” She has written more than 50 best-sellers, with 100 million copies sold in the U.S., alone. Now 90, Clark has just released her latest work, “I’ve Got My Eyes on You.” She talks to Diane about how she got her start and what her tenth decade has taught her about appreciating life.