How The U.S. And Russia Moved From A Cold War To A Hot Peace And Iraq’s Surprising Election Results

How The U.S. And Russia Moved From A Cold War To A Hot Peace And Iraq’s Surprising Election Results 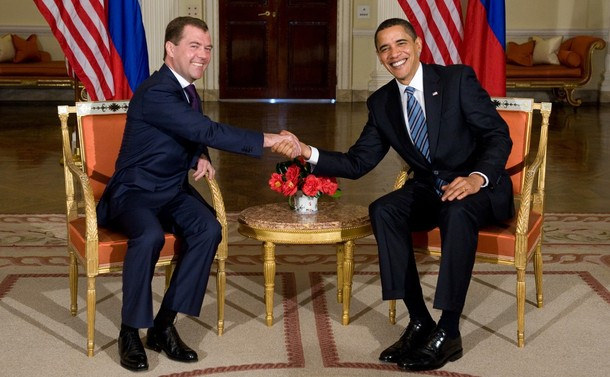 President Barack Obama shakes hands with then president of Russia, Dmitry Medvedev, during a meeting at the the US Ambassador's residence in London, on April 1, 2009. This was the beginning of what became known as "the reset," when it seemed the United States and Russia were moving toward increased cooperation around shared international interests. AScherbatsky

In the not-too-distant past, before the 2016 election, before the annexation of Crimea, the word most closely associated with U.S. – Russia relations was “reset.” In the early years of the Obama presidency, leaders of the two countries were meeting, signing treaties, siding together on U.N resolutions. So, what changed? Diane talks to the man who helped craft the “reset” policy about what went wrong.

Then, last weekend’s elections in Iraq produced surprising results. The coalition of leader Muqtada al-Sadr, a cleric who has been highly critical of the U.S., came out on top. Diane sits down with Iraq’s ambassador to the U.S. to talk about Sadr’s victory, and the role he sees his country playing in the region.