David Frum On The Kavanaugh Fight And Its Consequences

David Frum On The Kavanaugh Fight And Its Consequences 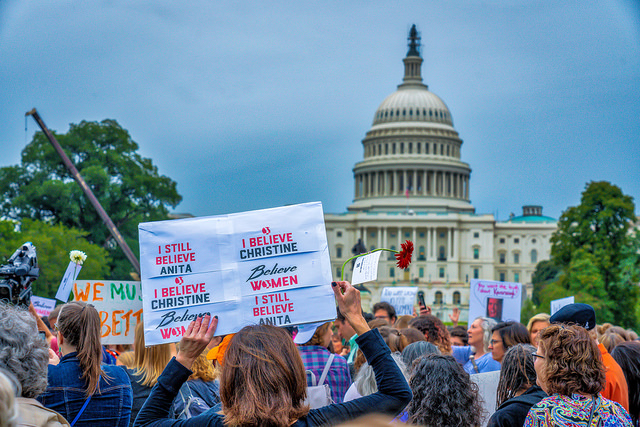 Protesters gather in front of the Capitol Building in Washington DC in opposition to Brett Kavanaugh's nomination to the Supreme Court. Mobilus In Mobili

David Frum has been an outspoken critic of President Trump since before he took office. He sees Trump’s presidency as a symptom of the country’s diminished commitment to liberal democracy.

As he watched Brett Kavanaugh’s nomination unfold, his biggest concern was that Kavanaugh’s confirmation would be a significant step toward a more politicized Supreme Court, a Court that might have to rule on Trump’s presidential powers.