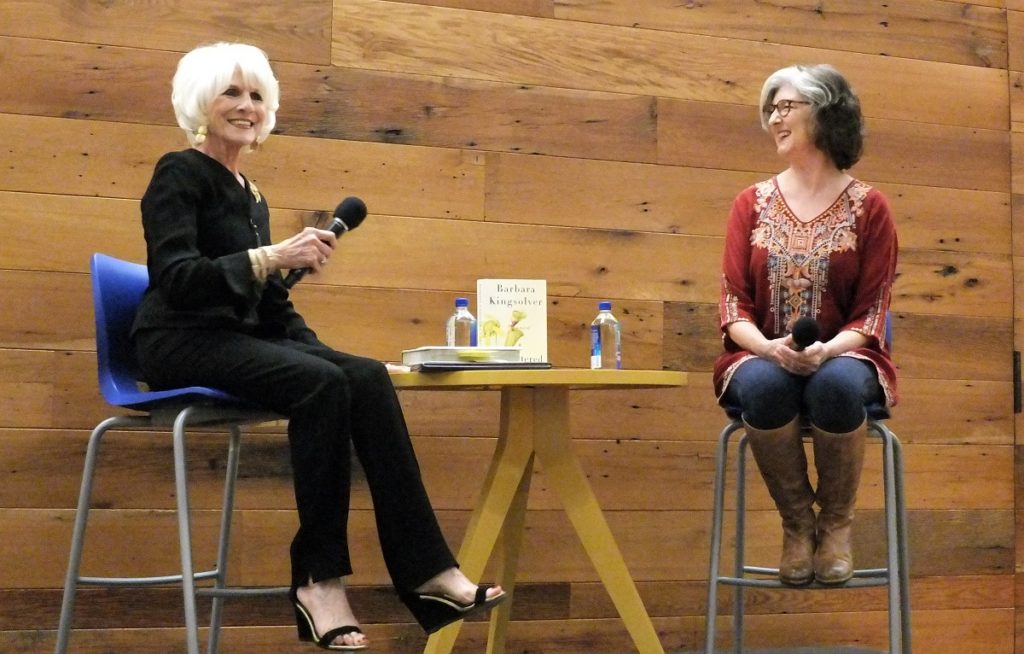 Diane Rehm interviews Barbara Kingsolver about her new book, "Unsheltered," at an event hosted by Politics and Prose bookstore on the campus of Sidwell Friends School on Wednesday, October 17. Bruce Guthrie

Novelist Barbara Kingsolver has long combined the personal and the political in her writing. Her books weave the intimate stories of her characters’ lives into a backdrop of social commentary.

Kingsolver’s latest work, “Unsheltered,” is no different. In it she asks the question: what does it feel like to live through the end of the world as you know it, when everything you believe to be true is upended?

Set in both the 19th and 21st centuries, her characters attempt to find a sense of safety as climate change, economic insecurity and a rising authoritarian political force loom.

Diane spoke with Barbara Kingsolver at a live event hosted by Politics and Prose, an independent bookstore in Washington D.C.