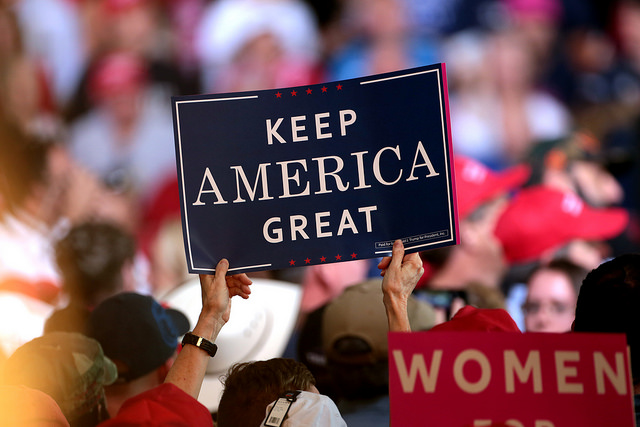 A Keep America Great sign at a campaign rally for President Trump in Mesa, Arizona on October 19, 2018.

Pipe bombs, heated rhetoric and President Trump’s embrace of the word “nationalist.” With the midterm elections just around the corner, Diane checks in with NPR’s Ron Elving to hear his take on where the politics of division is taking us as a country.

Then, former Supreme Court Justice Sandra Day O’Connor announced that she has dementia and will be withdrawing from public life. We listen back to Diane’s 2006 interview with O’Connor, shortly after she stepped down from the bench.