Has The Media Learned How To Cover Trump?

Has The Media Learned How To Cover Trump? 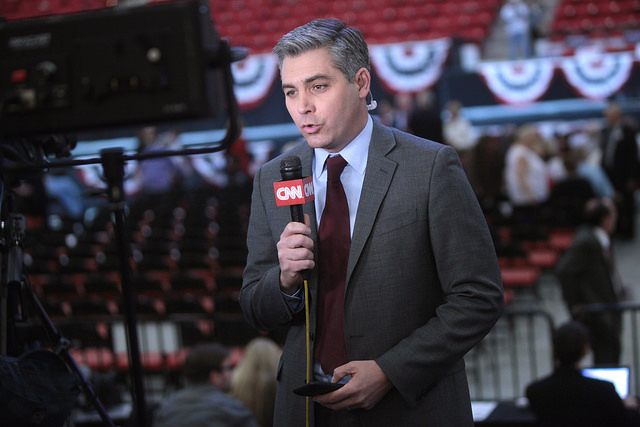 Jim Acosta speaking at a campaign rally for Donald Trump at the South Point Arena in Las Vegas, Nevada on Feb. 22, 2016. CNN, and Jim Aoctsa, himself, have been frequent targets of the president's attacks on the media. Gage Skidmore

During the 2016 presidential race, Diane spoke with The Washington Post’s media columnist Margaret Sullivan a number of times to discuss the challenges of reporting on Donald Trump’s candidacy. Since Trump took office the questions have only become more difficult. How much attention should journalists pay to his tweets? How should the press report on his administration’s false statements? And how to respond to the relentless cries of “fake news”? Just days out from the midterms, Diane checks back in with Margaret Sullivan. What has the media learned in the last two years?