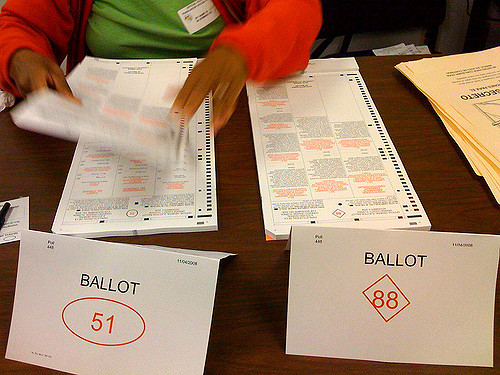 Ballots in Florida in the 2008 election. In this year's midterms, recounts were held in the state's U.S. Senate race and Governor's contest Erik (HASH) Hersman

Having flashbacks to 2000? The U.S. Senate race in Florida was so close it triggered a manual recount, recalling the days of hanging chads in Bush v. Gore.

As election officials in Florida – and other states where results from last week’s midterms were incredibly close – have worked to count votes, President Trump has launched unsubstantiated claims of voter fraud.

Diane’s podcast guest, election law professor Rick Hasen, says the president’s partisan attacks on the voting process and continued issues with how are elections are run make for a very troubling combination.